January came and went very quickly with not many adventures taking place. I’ve been so focused on getting healthy and preparing for my Mexican Adventure including working 6-days a week, that this Dallas trip snuck up on me. I’ve had this trip planned for sometime but when it came time to start packing, I was in quite the tizzy. I’ve had very little downtime in the last 5 weeks and was ready for my 10-day long vacation.

The vacation started out a little busy as my 4-month of nephew was getting baptized the first weekend I was there. From my nephews’  view point, there were parents (2), both sets of grandparents (4), 2 sets of great grandparents on my brother-in-law (BIL) side(4), 1 uncle, 1 aunt , and 1 cousin-aunt (Brother-in-law’s cousin). Yes, 13 people trying to fight for attention of a 3 year old and 4 month old. See what I mean when I said “CRAZY”. I don’t think my oldest nephew slept the entire weekend. Luckily, I didn’t land until mid-evening Saturday and I knew I was going to have the entire week with them, so while the pizza dinner I tried to sit off to the side as much as possible. I did okay until I took out my camera 🙂

Baptism Sunday was quite a wonderful day . We spent the morning at church honoring baby Gavin  and the afternoon together as a family eating Texas BBQ, socializing, and swimming for Jacob (along with his dad, grandpa, and uncle Joel). What I wasn’t expecting was for my Great-aunt and dad’s cousin to show up. I tend to forget where all my family on my dad’s side lived and as she and her son both lives in Dallas, they came to the after-batism celebration. It’s always a wonderful surprise when things like this happen. You could say I enjoyed every minute of my family-filled Sunday Funday!

By Monday things were starting to slow down. My BIL’s family all left Sunday evening so it was just my family remaining. We spent this day lounging around the house, which was much needed as my sister had the entire week planned out for us and the kids. I don’t get to be around my entire family often so when I do I take in every second I can get and I’m always sad to see them go.

The remaining of the week was just me, my sister and my nephews (BIL had a busy work week). Our week started off with a trip to the Ft. Worth Zoo on , where we met up with Jacob’s best friend Zak and his mom, followed by lunch at Central Market- huge grocery store. Now, growing up in Arizona the zoo wasn’t always fun to do (I mean it is 90+ degrees for most of the year), but the Ft. Worth Zoo is a whole other story. The Ft. Worth Zoo is home to nearly 5000 animals, 435 different species of animals/insects, will be celebrating 105 years of service and is named one of the top zoo’s in the nation. What impressed me the most about this zoo was that they had an entire exhibit about the wildlife found in Texas. I love being able to see what this state offered and what could be encounter in the wild of the desert. I would diffidently check this place out if you are ever in the Dallas/Ft. Worth area.

Another outing was to the Ft. Worth Science Museum. This was the first visit for my nephews and sister and we didn’t really know what to expect. We initial planned on going because they have a huge DINOSAUR exhibit and Jacob LOVES his dinosaurs. What we weren’t expecting was for my nephew to fall in love with the kids exploration play area which had a huge train set (he loves trains too), a grocery store with 100s of food items, and an ambulance that played the siren with a push of a button. There was also an outdoor area with water and blocks. I loved watching my nephew run around this play area as his mind was learning and exploring. There is just something fascinating about they way kid’s minds work. After a good solid hour (or more), we finally pulled my nephew away from the play area to go see the dinosaur exhibit and ending our afternoon at the Wizard of Oz exhibit.

Following the science museum, my sister took us to a restaurant called Twisted Root Burger Co. located only in Texas (well, now 1 in Louisiana) known for flavored root beer and burgers. Their root beer of choice during my visit was Butta Rum Root Beer and boy, oh boy was it DELICIOUS!  I think I drank 3 glasses (the most soda pop I’ve had in months). My sister said she once had a Blueberry-flavored Root Beer here. I love going to eat a these types of restaurants when I travel because it’s not something I can get anywhere else and I try to avoid chains. Support the Locals! This is a must-eat place when traveling to Texas!

Next stop was to the Dallas World Aquarium, located in downtown Dallas. I can’t tell you the last time I went to an aquarium (as I fear the ocean) but this aquarium was not what I was expecting at all. The DWA is divided in to 3 main exhibits including the Orinoco Rainforest, Mundo Maya, and the aquarium. Starting off the journey, you enter into the Orinoco Rainforest-Secrets of the River designed as an aviary and home to many different bird and mammal species including a manatee, a giant otter, and the only public display of three-toed sloths in the United States. This combination highlights the unique bio-diversity of this important South American rainforest ecosystem. Designed as an open aviary, it’s best to keep your eyes opened in all directions.  As you continue along the path, you enter into the aquarium section which houses 10 main tanks feature the aquatic life of Japan, Indonesia, Sri Lanka, British Columbia, the Bahamas, Fiji, Palau, Southern Australia, Lord Howe Island, and the Solomon Islands.

Up next is the Mundo Maya exhibit, which opened in 2004 and houses plants and animals (including a black panther) prevalent in Mayan folklore. The main attraction in this exhibit is the 400,000-gallon walk-through Cenote exhibit filled with sharks, rays and sea turtles of the Yucatan Peninsula. Did I mention that the Yucatan Peninsula is where I’ll be scuba diving in one month (this exhibit didn’t erase my fear)?!? I think we spent a good 20 minutes watching turtles eating lettuce and carrots and sharks swim around our heads (not my favorite part but I survived). With the pathway design in a giant circle, you are able to walk through multiple times helping with checking out each and every exhibit. It is also helpful with a 3 year-old who is impatient, headstrong, and determined to see the sharks as fast as possible the first time through, missing half the exhibits, but we survived!

One night out of the week, my sister and I met up with two of her best friends at a restaurant  called Brewed, a coffee house, pub and eatery located in Ft. Worth. Brewed specializes in craft drinks including kombucha and has a variety of Texas brewed beers on tap along with a chef inspired menu featuring “Duck Fat Fries” and “Goat Cheese Queso”. And yes everything mentioned above is as delicious as it sounds and I give this place a 5 Star Rating!

The remainder of the week was spent running errands, attending doctor appointments, working out, eating at restaurants not found in Seattle (i.e. Schlotzsky’s) and playing at the park. Although I was exhausted by the time I was dropped off at the airport, I wouldn’t have changed anything. I am so grateful I have a wonderful and hospitable sister and brother-in-law who let me stay for an entire 10 days. I can’t wait for my next trip to Dallas so my nephews can take me to the Ft. Worth Stockyards and maybe check out the Dallas Zoo. Here’s to the next Mapless Adventure- i.e. SCUBA DIVING IN MEXICO!!!! 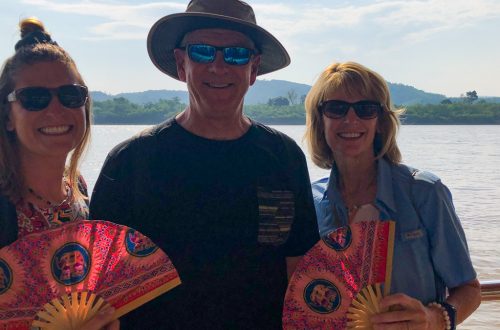 Planning My Parents Trip to Thailand 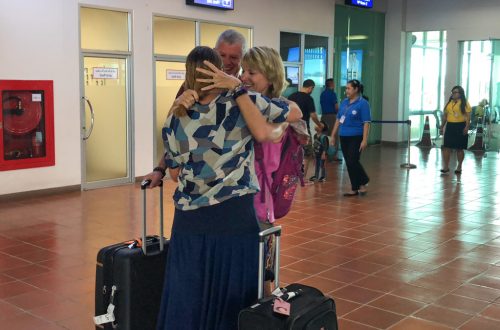