I left Phoenix, Arizona Thursday, March 1, 2012 and began my road trip ALONE, up to my new home of Aberdeen, Washington!!  It took me two and a half day and approximately 22 hours behind the wheel of my Chevy Cruze Eco to make the journey. Let’s just say it was a long two and a half days but thank goodness for XM and my iPod!!!

The drive to LA went by really quick…it was the mountains after LA that slowed me down a bit. I was trying hard not to stop and purchase an energy drink until at least Friday, but the altitude change in the mountains had another plan. Of course, for those of you who know me, know that I am really not an energy drink fan. LUCKILY…Monster has one that is an ARNOLD PALMER + Energy drink, which tastes amazing! It helped me go an extra 8 hours for a total of 13 hours behind the wheel in 1 day, making it all the way past Sacramento!

The next day wasn’t as long, but it was still a good 9 hours. I journeyed from northern California all the way through Oregon. I was a little worried because a few days before, the mountain ranges in N. Cali and S. Oregon, got hit with a snow storm, and traveling along snowy roads with a small car isn’t plausible or even possible without chains. Thank goodness for 50 and sunny weather! Although perfectly clear skies, the drive was still not my favorite, mostly because driving a manual up a mountain causes you to shift up and down quite frequently! Once through the mountains, the remaining drive through OR was BORING…and then Portland/Vancouver. I was not ready for rush-hour traffic or crazy OR/WA drivers. Goodness gracious, I was scared for my poor little Misty. We both survived without a scratch and made it to stop #2. It was only a two hours outside of Aberdeen, but I didn’t want to show up to my new apartment when it was dark (and raining) out.

Saturday came and went like a flash. One minute, I was waking up, the next minute I was falling asleep. Between was just a bunch of unloading. And boy was there a lot to unpack. I cannot believe how much I was able to fit into little Misty!

Let’s clarify though…this is just some of what I have. I am still missing 3 medium size boxes, plus 3 tubs (mostly scrapbooking stuff). Everything was easy to unload from Misty to my apartment…it was/ is the organization aspect that is taking FOREVER (okay like 3 days). I’m not doing to much major shopping until my momma gets here, because shopping alone isn’t as much fun as shopping with your momma! Stay tuned for photos of the semi-finished apartment. 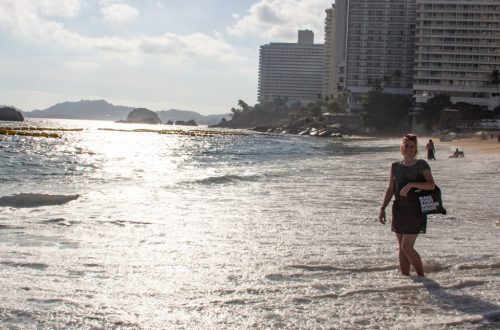