I spent an entire month in Chiang Mai, Thailand with Xplore Asia and Greenheart Travel learning how to Teach English as a Second Language. It went by so quickly. It’s hard to imagine that soon I’d teaching Thai teenagers.

When coming abroad to teach English with Greenheart Travel and Xplore Asia, you get to choose which location you want to take your TESOL course. They offer two location; Hua Hin, which is south of Bangkok along the coast, and Chiang Mai, northern Thailand. I chose to go to Chiang Mai, Thailand for my Xplore Asia TESOL course over Hua Hin. Mostly because many friends told me how much they LOVED Chiang Mai. I wanted to experience the wonders that they experienced during their travels to Thailand. 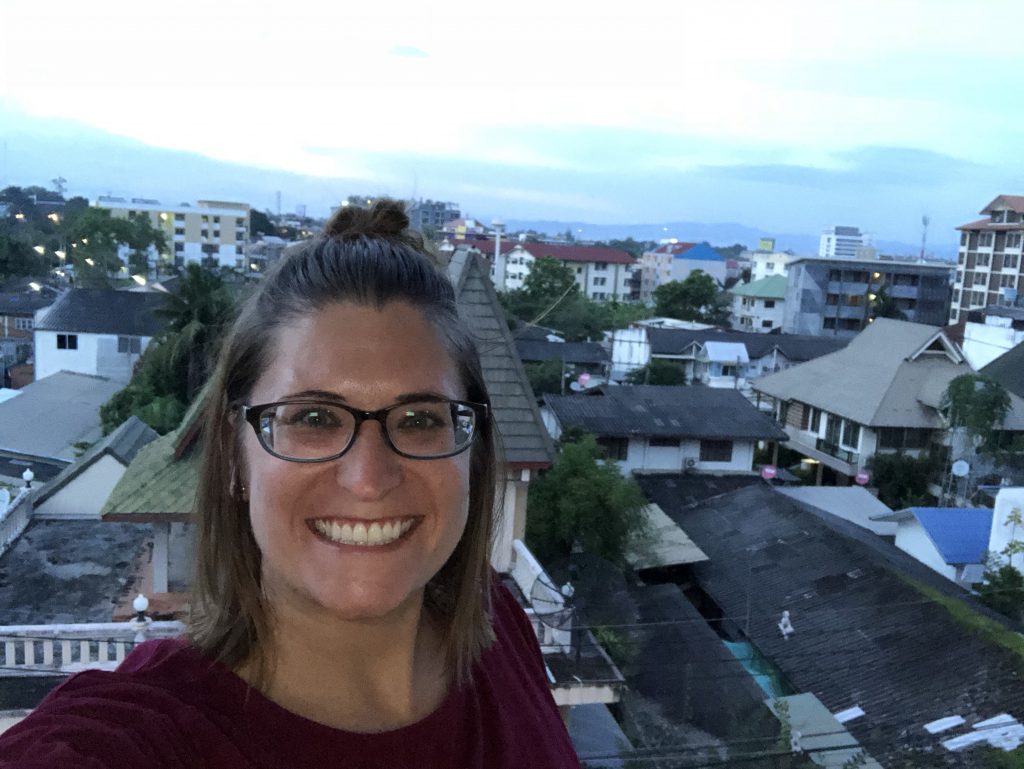 Before starting the TESOL course, Xplore Asia provides a week long orientation. This orientation provides informative lessons about Thai language, culture, government and politics. Michael, the owner and executive director of Xplore Asia, is so passionate about teaching new Foreigners making the transition to Thailand, about the country.

I never thought this would be beneficial, especially with the internet these days. But, it was so helpful hearing it first hand from someone who has experienced the same thing we’re all going through.

The Thai language lessons were extremely helpful, especially since the Thai language is a tonal language. The language courses provided the basic understanding, jump started the think in a new language, and provided basic conversation skills. They really encouraged us to start engaging with the locals, jumping right into the Thai culture and lifestyle. Sawaddee Ka! Kapkunka!

Outside of the Thai lessons, Xplore Asia sets up several excursions within the community to help us dive into the culture! The excursions for Xplore Asia in Chiang Mai are slightly different from Hua Hin. In Chiang Mai, our excursions were rice planting, Muay Thai, trips to the local market, a visit with a monk to learn about meditation and a trip to the famous Doi Suthep Temple!

It’s a long orientation week between class and excursions, but these excursions just grew my love for Thailand! They really did show me an introduction into the details of what makes this country so special!

Even those majority of the time I was learning about Thai culture, Thai language or how to be a teacher, it didn’t mean that was all I did. Chiang Mai has so much to see within the city. Here is a list of a few things to do during your free time in Chiang Mai.

1. Get a Thai Massage

There are hundreds of massage parlors in Chiang Mai, and most of them offer the same select items. The most common type of massage is the traditional Thai massage. You can also get an oil massage, a foot massage, or a head, neck and shoulder massage. Most massages cost between 200-400 baht (~$10), however some can cost upwards to 800-1000 baht (~$30).

2. Visit all the different Markets

Chiang Mai has several popular markets around the city. The two nightly markets at the North Gate and South Gate occur every night and is a great place for food. Over the weekends, there are two walking street markets. The Saturday Walking Street takes place at the South Gate across the river or moat. The Sunday Walking Street Market occurs along the main road in the old city, just inside of Tha Pae Gate (East Gate). These are great places to do some shopping for traditional clothes and trinkets.

Food in Thailand is more than Pad Thai, but seriously, you’ll never have Pad Thai like you will in Northern Thailand. There are many options for Pad Thai including options for vegans and vegetarians. Pad Thai is considered to be a national dish of Thailand, and I recommend trying it a few times at different street vendors or restaurants. You’ll find they will all be slightly different.

Don’t forget to wash it down with one of the few local drinks, like Iced Thai Tea or an Iced Green Tea Latte (Matcha).

Muay Thai is the national sport of Thailand. Located just inside Tha Phae Gate is the fairly popular boxing stadium. They host a fight night nearly every night of the week with fighters ranging in age. I highly recommend you watch a muay thai fight at least once during your time in Thailand. 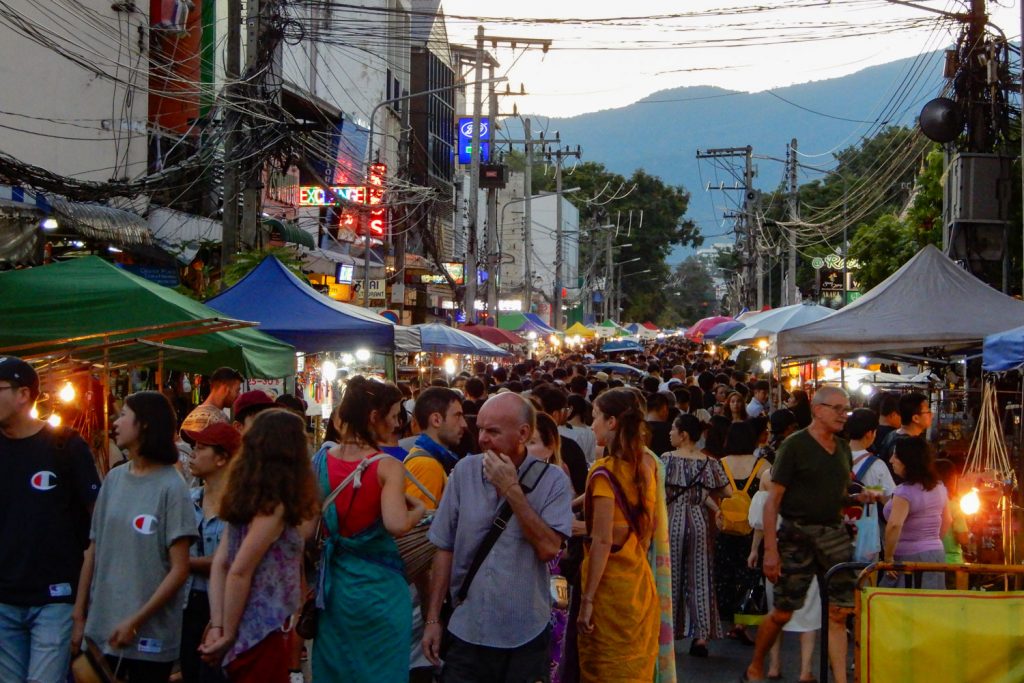 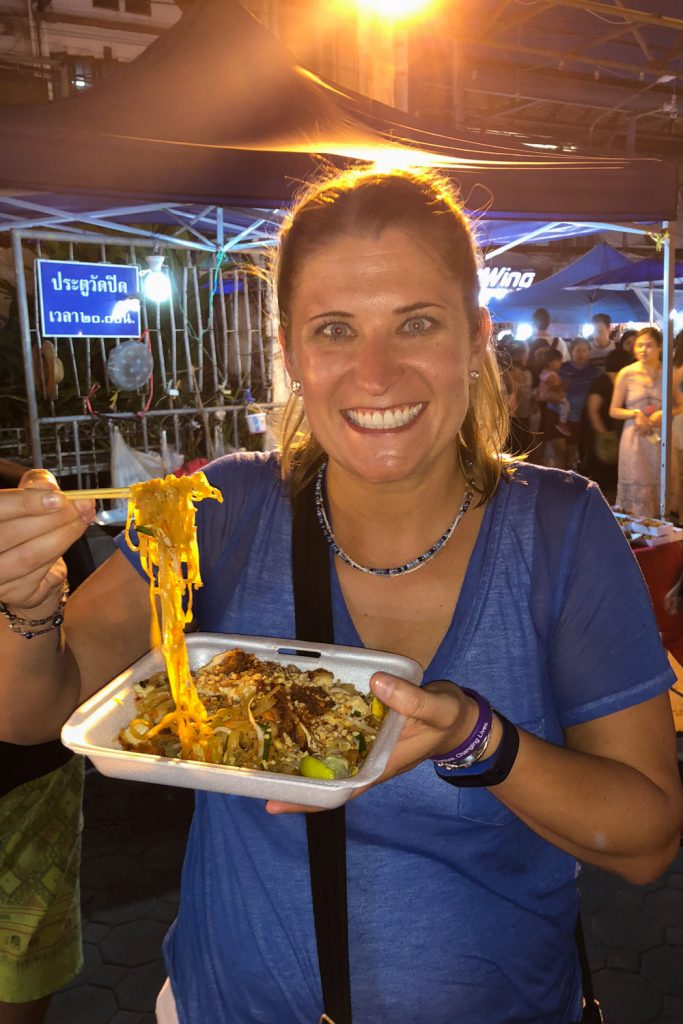 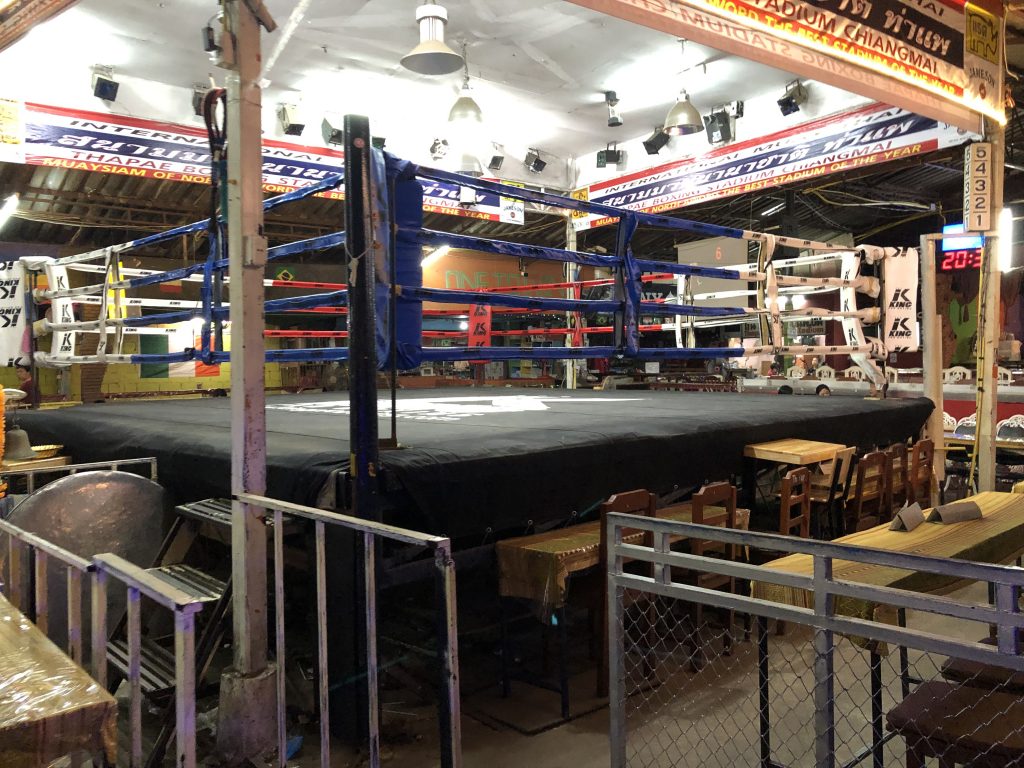 In addition to the Xplore Asia excursions, we had evenings and weekends free to explore on our own. I ended up taking a few day trips during my month in Chiang Mai.

One of the first things I did with many of my classmates, was journey to the famous Bua Tong Waterfall, or “Sticky” Waterfall. It’s honestly so hard to put into words how to describe this waterfall. It was nothing like I’ve ever seen or experienced. You literally climb this waterfall, barefooted.

There are a few sections with ropes to help, but for the most part, you climb unassisted. AND IT’S EASY. It was so refreshing being back out into nature with the water and the plant life! 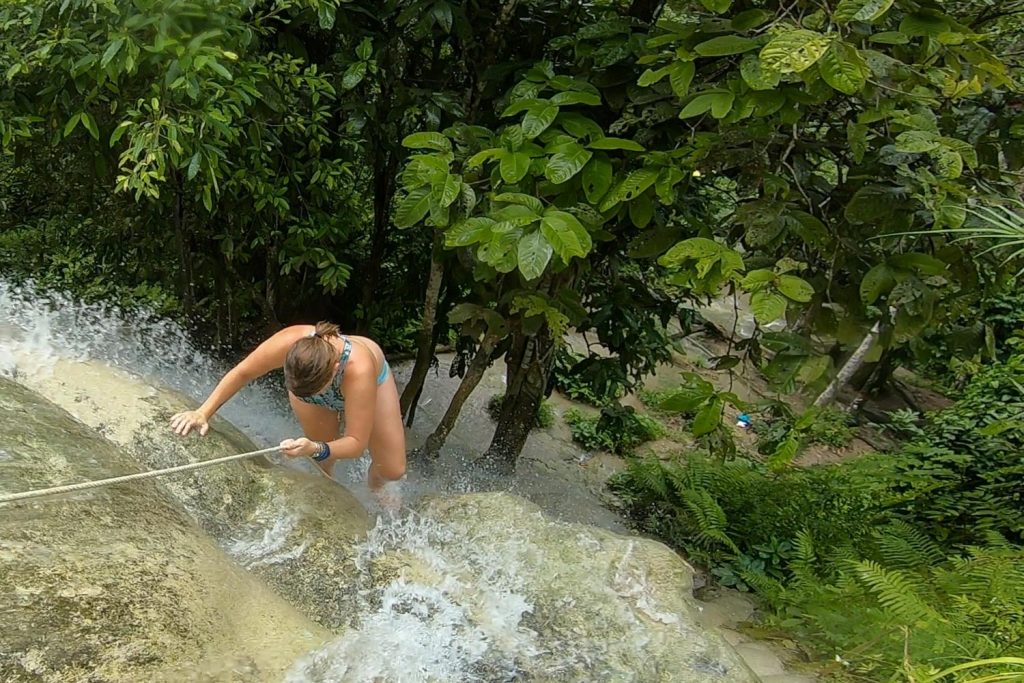 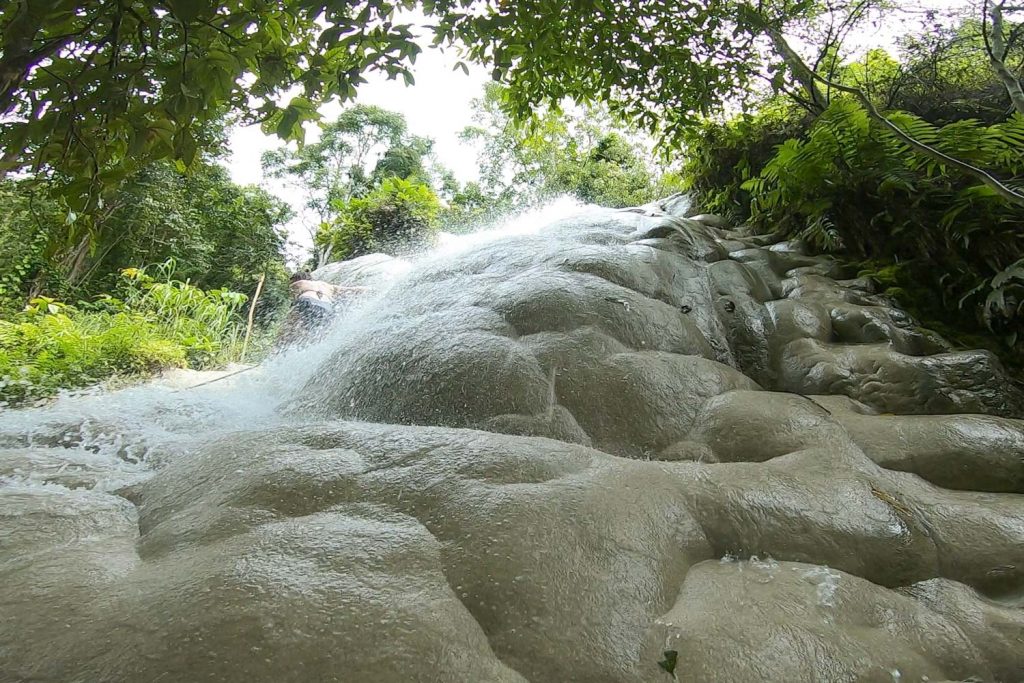 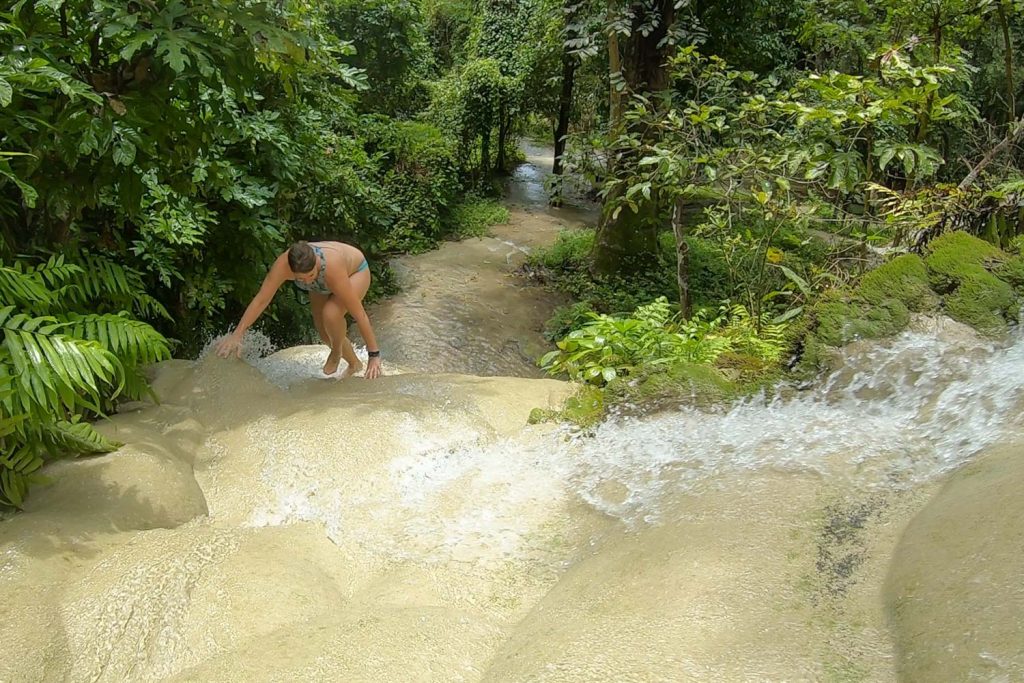 Another day trip I took was to Chiang Rai. I went with my roommate during the Xplore Asia course. It was one of the things we talked about when we first got to Chiang Mai. Chiang Rai was on both of our “want to see” list for Thailand.

It was easy to make happen. We simply pre-purchased our bus tickets through the Green Bus app. We took the first bus in the morning and the last bus at night. It gave us plenty of time to explore the site of Chiang Rai, even secondary to the 4 hour bus journey.

The White Temple, or Wat Rong Khun, was our main reason to venture to Chiang Rai. It did not disappoint. I highly recommend a visit to Wat Rong Khun when visiting Thailand. The intrinsic details of this temple and the sheer size took our breath away. 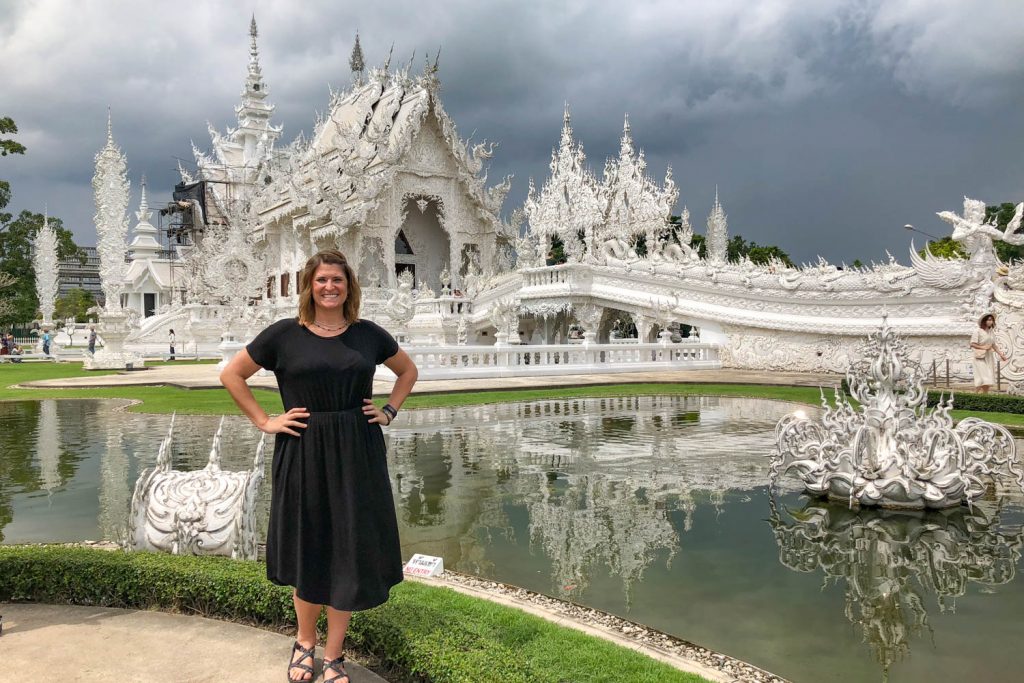 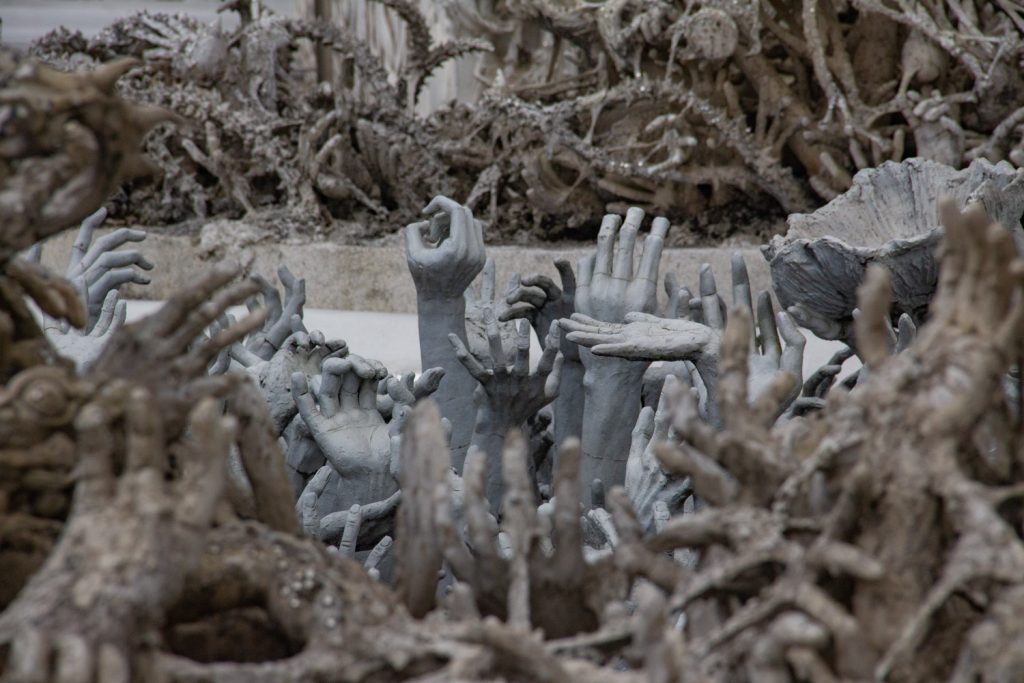 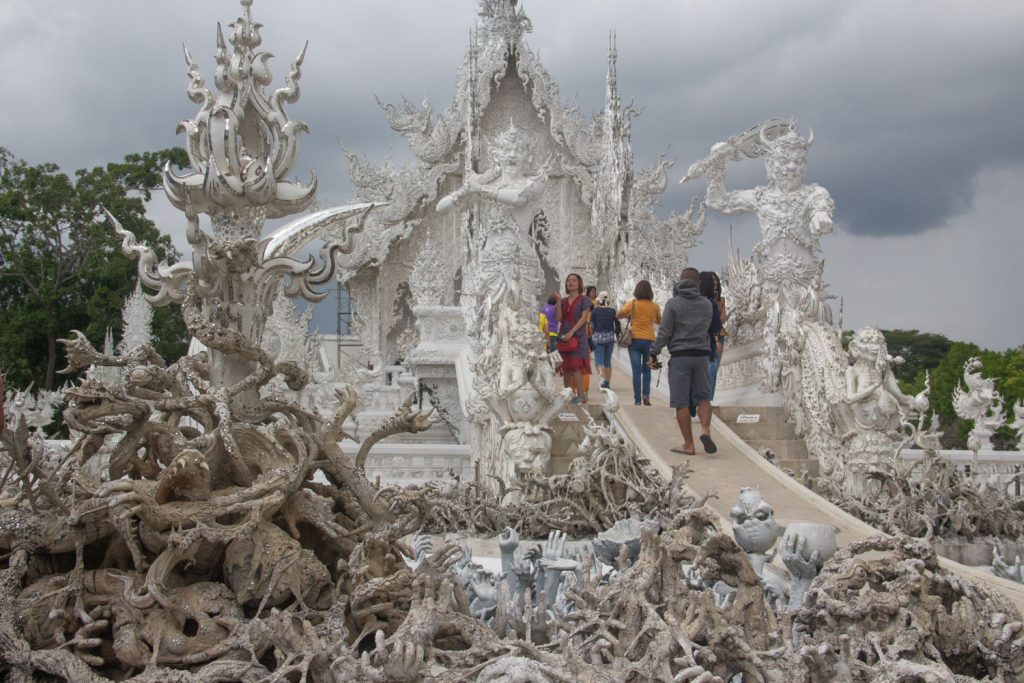 Chiang Rai had a new temple that was completed in 2016, called the Blue Temple or Wat Tong Suea Ten. I only recently found out about this particular temple just before our day trip.

I love all things blue, so when I heard of this beautiful temple, I knew it was a must see! It was stunning inside and out and I highly recommend a visit. 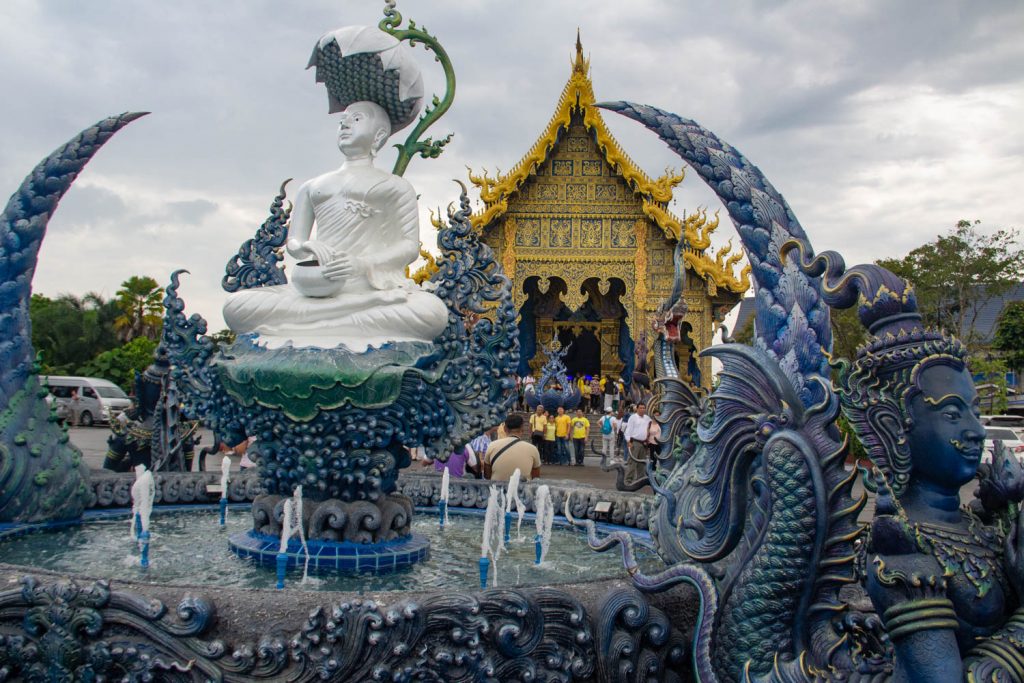 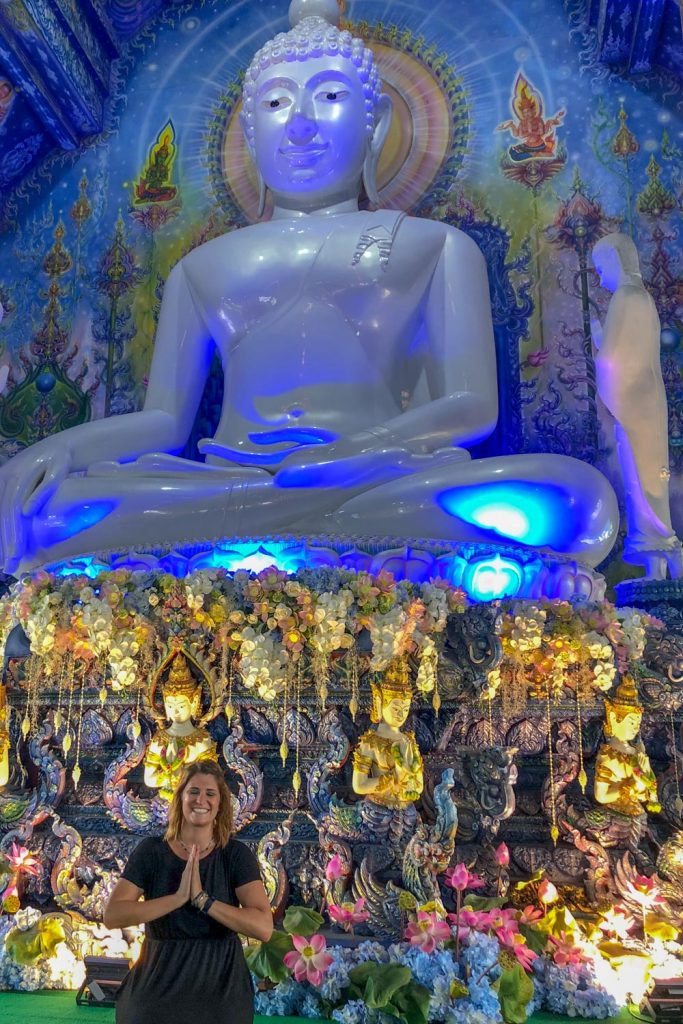 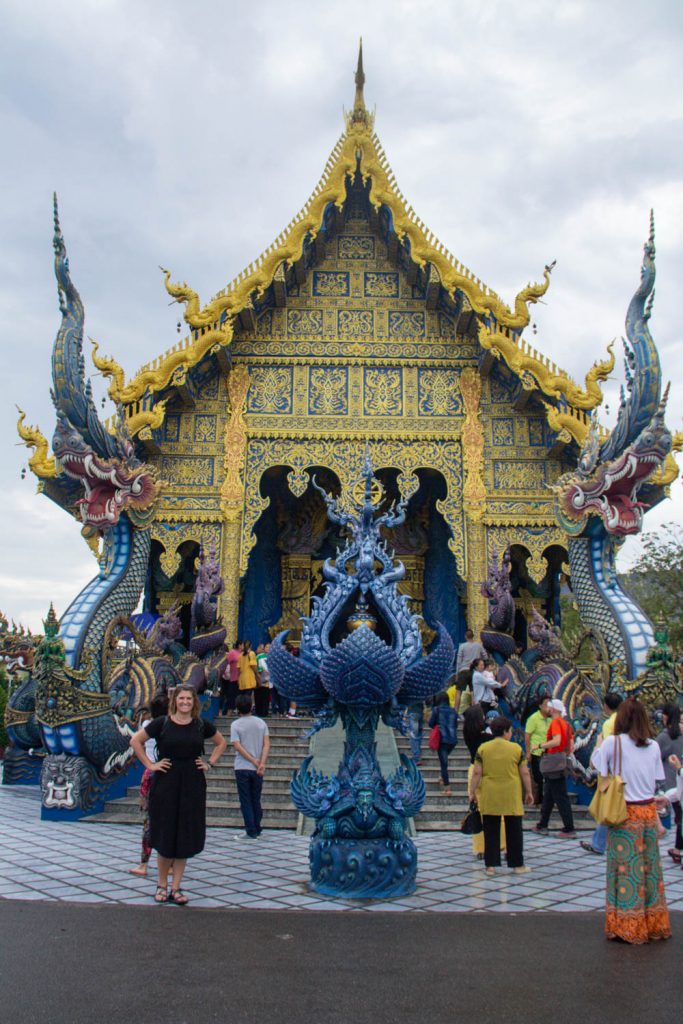 Before heading back to Chiang Mai, we had a couple hours to spare. My roommate and I wandered the city and came across this hidden gem of a temple. This temple actually looked to be under renovations and I don’t even know the name. It was so unexpected.

The temple had elephants built around the building along with colorful, shimmery plates. It was quiet. No one else was around so it was just us and the temple. Unfortunately, the inside was closed, but it didn’t matter to us. The exterior was magnificent.

Another thing that is a must do in Chiang Mai involves food. Chiang Mai has so many cooking classes and food tour options. I highly recommend participating in one of them, as Northern Thai food is very different from the rest of Thailand.

During my month in Chiang Mai with Xplore Asia, I was extremely blessed to be hosted by A Chef’s Tour on their Chiang Mai Northern Food Tour. This is a food tour focusing majority on the Thai cuisine from the Northern region.

It is unique type of Thai cuisine that most Westerners haven’t likely heard of or eaten, myself included. My tour guide, Moui, was very knowledgeable and helpful with explaining the variety of fruits, vegetables, meats, and pre-made foods, like curries, cooked fish, etc.

The tour took me to several places, including two different markets throughout Chiang Mai. These markets had several similarities but were vastly different.

The tour lasted about 5 hours and contained so much food. Make sure you go hungry if you take a food tour. I was so full by the end of the tour but I couldn’t stop eating. I HIGHLY recommended A Chef’s Tour if you ever go to Northern Thailand. 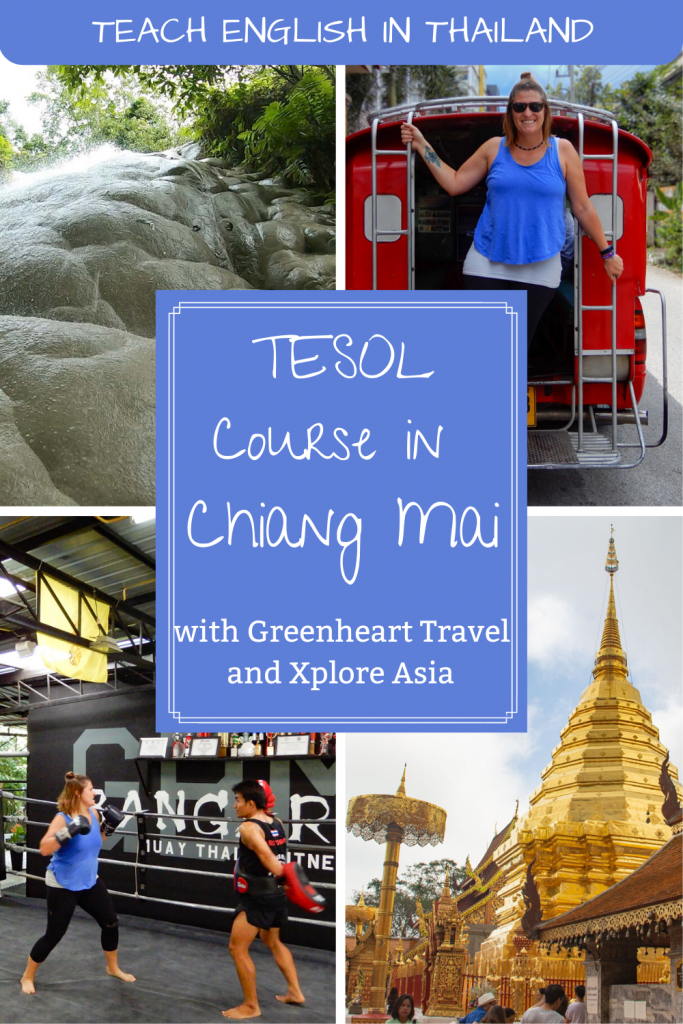 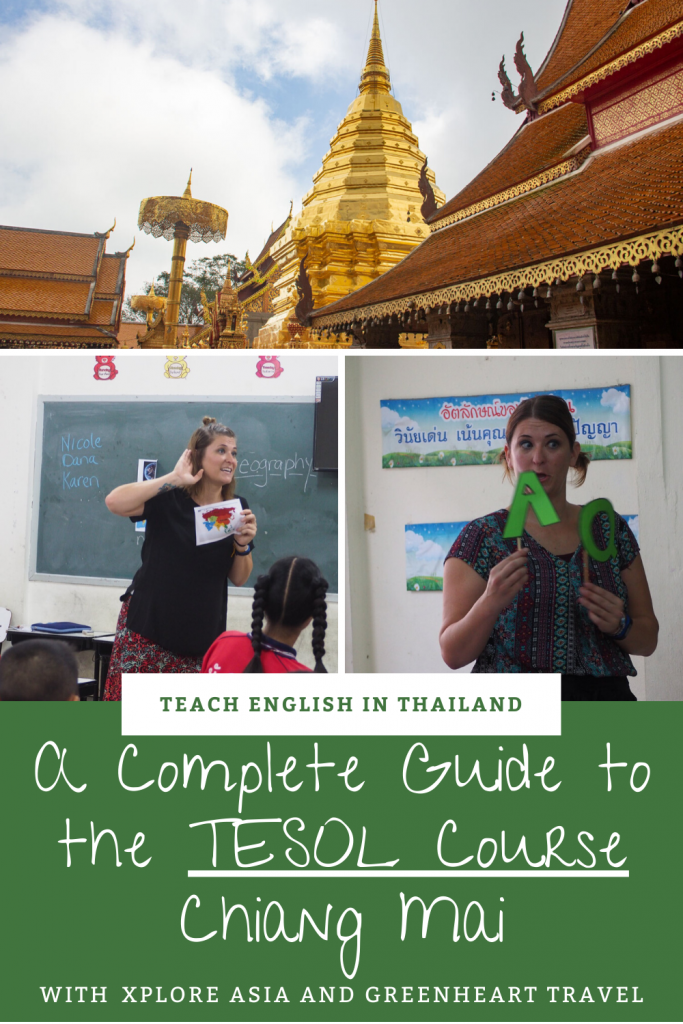 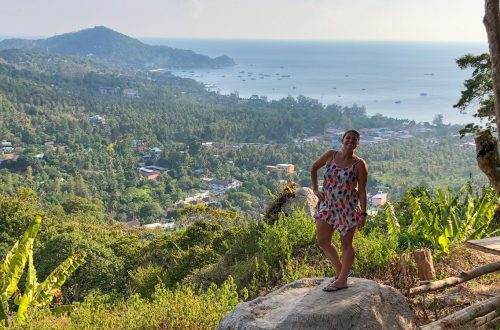 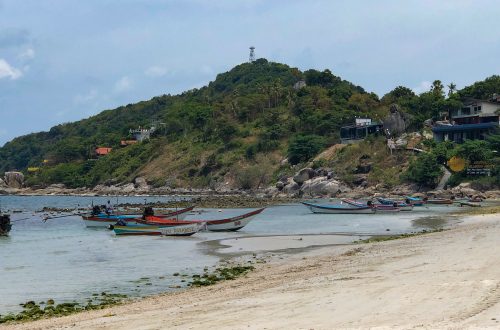 Koh Phangan | More Than the Half Moon Festival 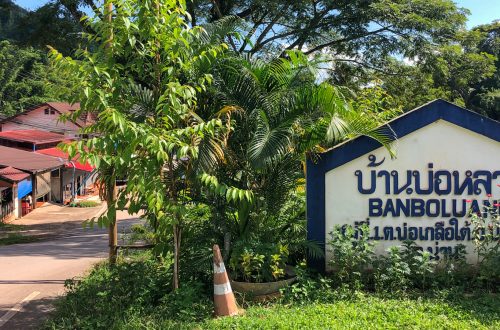