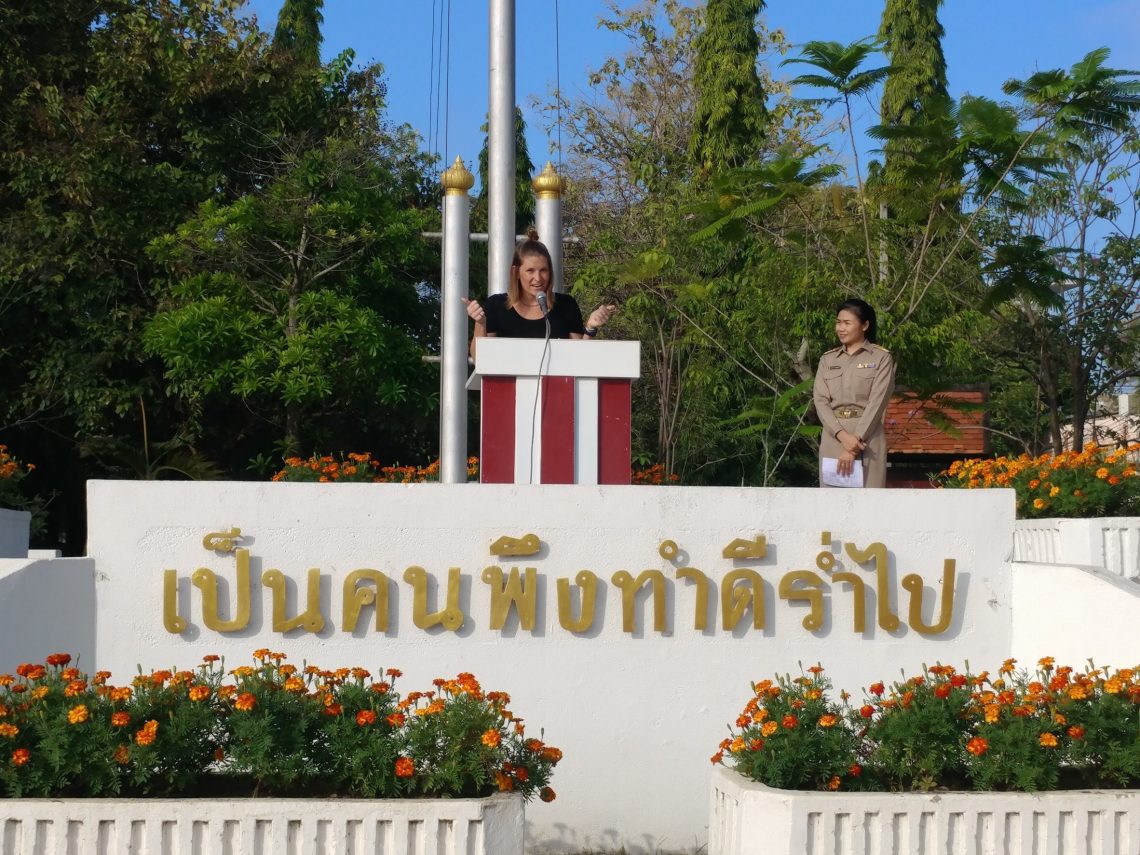 I was fresh off the bus from Chiang Mai to Lampang. I had no idea what was in store for me. Would I like my new town? Would I like my new school? I was slightly terrified but I had no choice. This was it. Expect the unexpected, right? I was about to begin my teaching abroad in Thailand experience.

I’m not going to sit here ramble on about how, “I’m a different person than I was when I started.” Or “my life has changed so much since I moved and began teaching abroad in Thailand.” 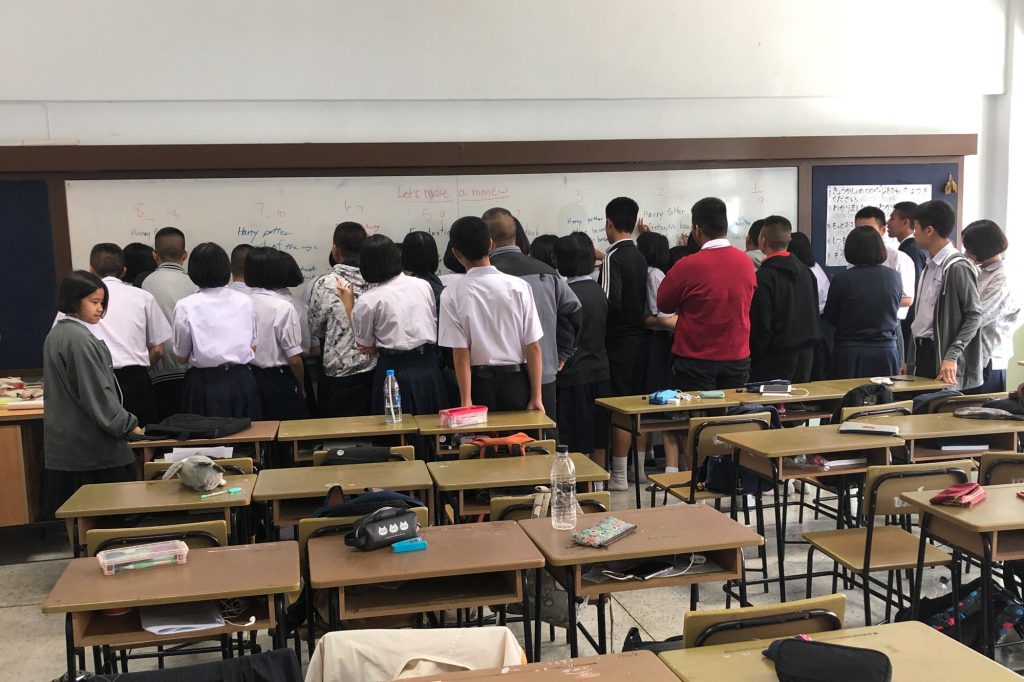 If these statements weren’t true, I haven’t done this whole live and work-abroad thing correctly.

I want to share with you a few lessons I have learned from teaching English in Thailand. Learning is an ongoing component to life and learning equals growth. The learning I have experience through these high schoolers, through my fellow co-teachers, through this “life abroad” has been tremendous.

I also what to share with you a few take away points from these lessons I have learned while teaching English in Thailand. Maybe, you are here because you’re thinking of moving abroad to teach English too. Maybe you are all set to move abroad to teach English and you’re looking for information. Or maybe you have returned and you’re curious to know what other teachers experienced abroad. Regardless of why you are here, I hope these lessons can help you along your journey, in whatever path you’re taking.

1. Sometimes, I take things WAY more serious than they need to be.

This isn’t really news to me. However, I did begin to see this come more to light during my first semester.

As a Speech Language Pathologist, planning & preparing materials and researching evidence-based interventions is part of the job. Careful and serious documentation is required for each student and each group of students. This is necessary for every therapy sessions. 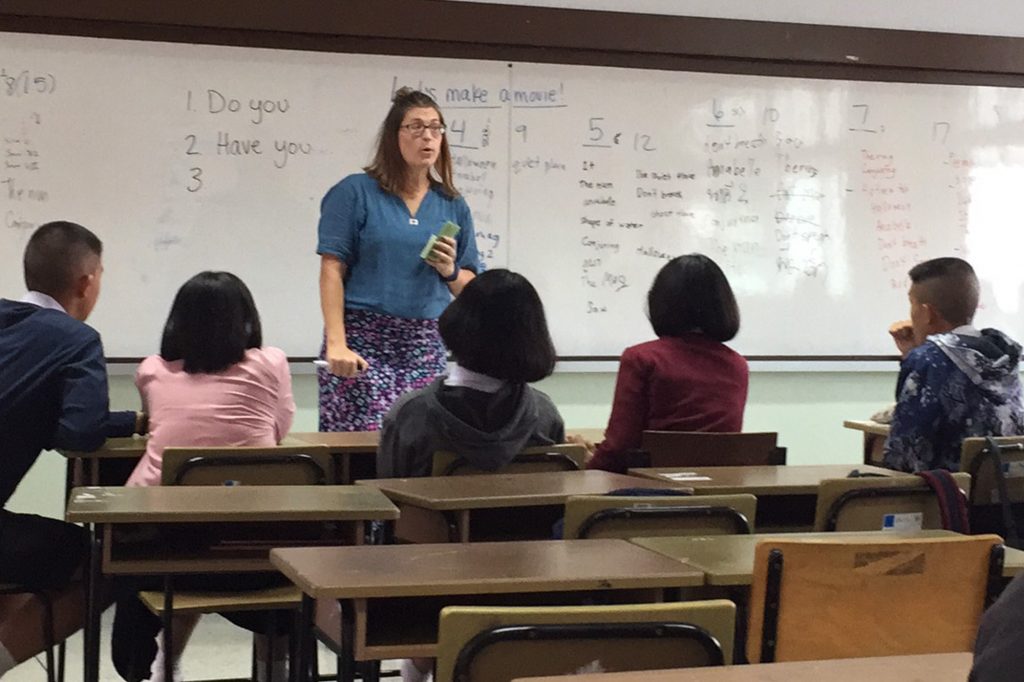 It’s for the student, their parents, the school, the teachers, and for you to be able to document growth. But, once the actual sessions begin, much of the seriousness fades away. It allows for the fun and playful aspect to appear, usually resulting in better outcomes.

With this major shift in careers, from SLP to high school ESL teacher, I always felt like I needed to be on my A-game. I needed to get these kids speaking as much English as possible. That was my job after all. I was a conversational English teacher, speaking and listening only.

After a while, I began to realize that many of these kids don’t truly care to learn English; at least that’s how they act. I DON’T BLAME THEM. I’ve been there. I remember me in middle school and high school taking Spanish. For four years, I sat in a classroom being taught Spanish all because I HAD TOO. It was a mandatory to study a second language as part of our curriculum.

These kids have so much home, projects, and class they are taking in school. It puts the American learning to shame, in certain ways, and I began to realize that my class just wasn’t a high priority. Again, I don’t blame them. 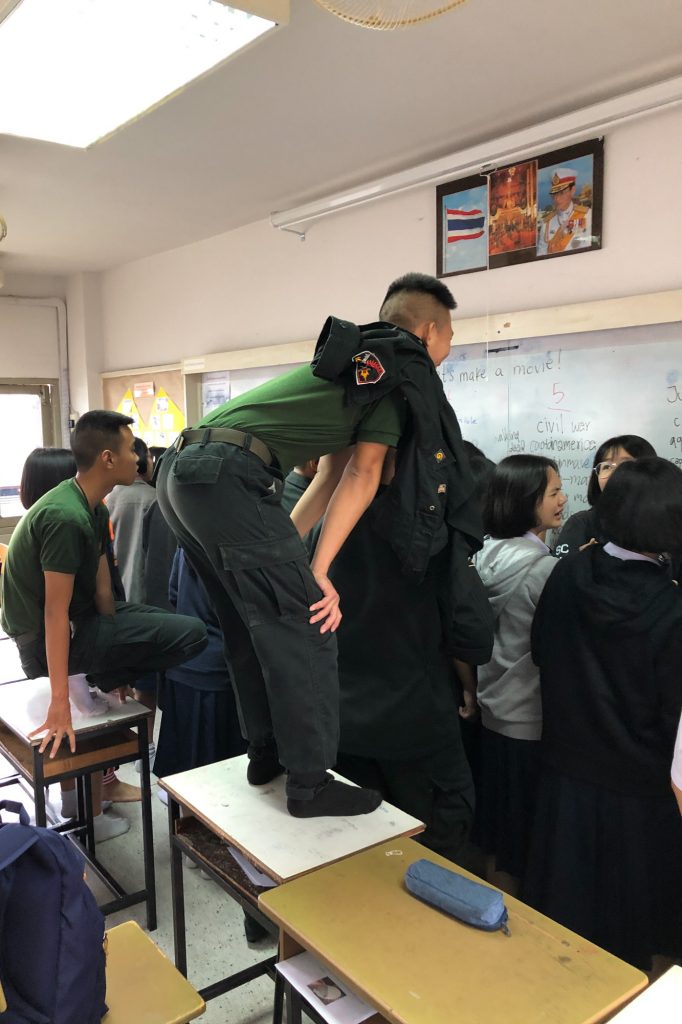 Once I realized this factor, I noticed a major shift in my demeanor and my personality within the classroom setting.

I became goofier and more relaxed in class and wasn’t afraid to go off topic or change gears to get the students attention. I was more accepting towards the “no care” attitudes that I would some see in class. Plus, I became more understanding when they had other more important things going on that day, like a test or project.

I’m still a work in progress with my serious personality trait, but learning that my classroom and the conversational class, doesn’t need to be so serious, has truly been a life changer. I’m going to use this new learning towards bettering not only my teaching skills, but my interactions with my students.

TAKE AWAY: Don't always take things so seriously. Loosen up a little and HAVE FUN.

2. Anxiety and depression can show up unexpectedly, even when you are very happy.

I never though I got anxious or depressed, but Thailand has taught me that I do occasionally get very anxious and at times become depressed. My anxiousness do not come in the form of “attacks,” but I am beginning to understand the changes in my body when anxiety begins to creep in.

I started becoming more away of minor anxiety and depression issues post Hurricane Irma, but I was extremely social on St. Thomas (and drinking more than I needed too), and I was able to masking the issues.

In Thailand, I’ve been spending more alone time than ever before. I do have a solid group of friends and we do socialize nearly every weekend, but I have been able to tell that my anxiety levels would jump up and down. It’s inconsistent throughout the day and week. I couldn’t even truly pinpoint exactly when or why my anxiety levels would rise. But that anxiousness feeling has been making itself more present since moving so far from my comfort zone.

Occasionally, I do feel my anxiety level rise when riding my motor scooter, which isn’t hard in my mid-size town, or scary. So I have no idea why it would suddenly appear, it just does. I’m not afraid of driving or riding a motor scooter/motorcycle, nor does my town have scary roads. It’s a weird feeling. 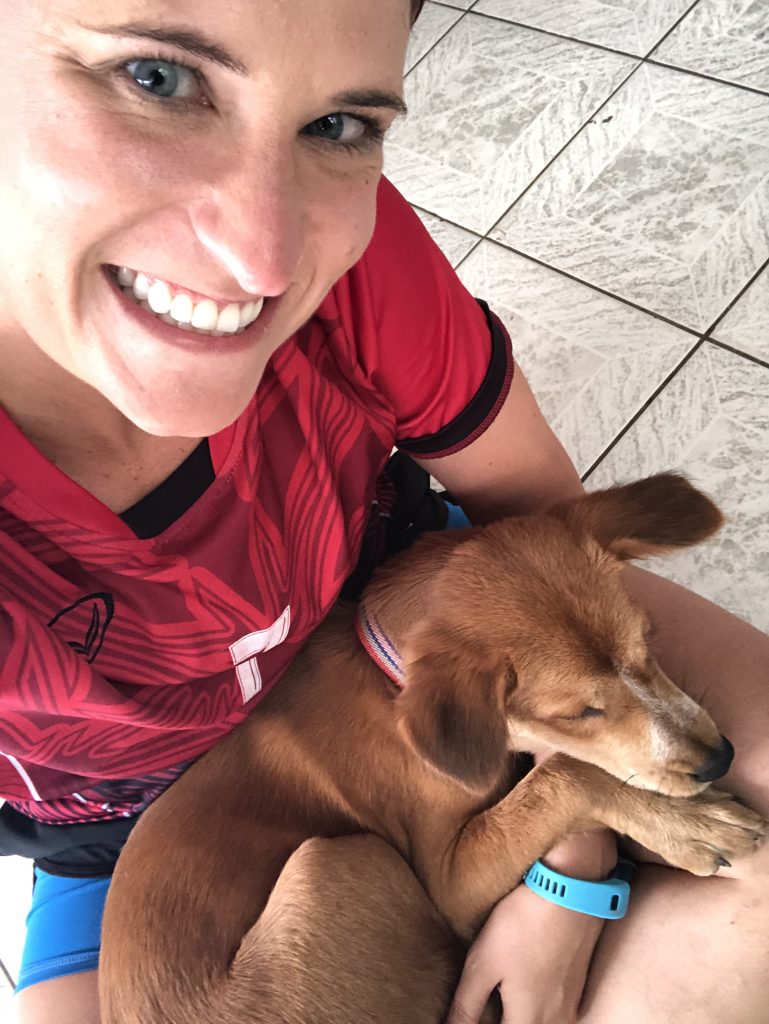 How can depression be possible? 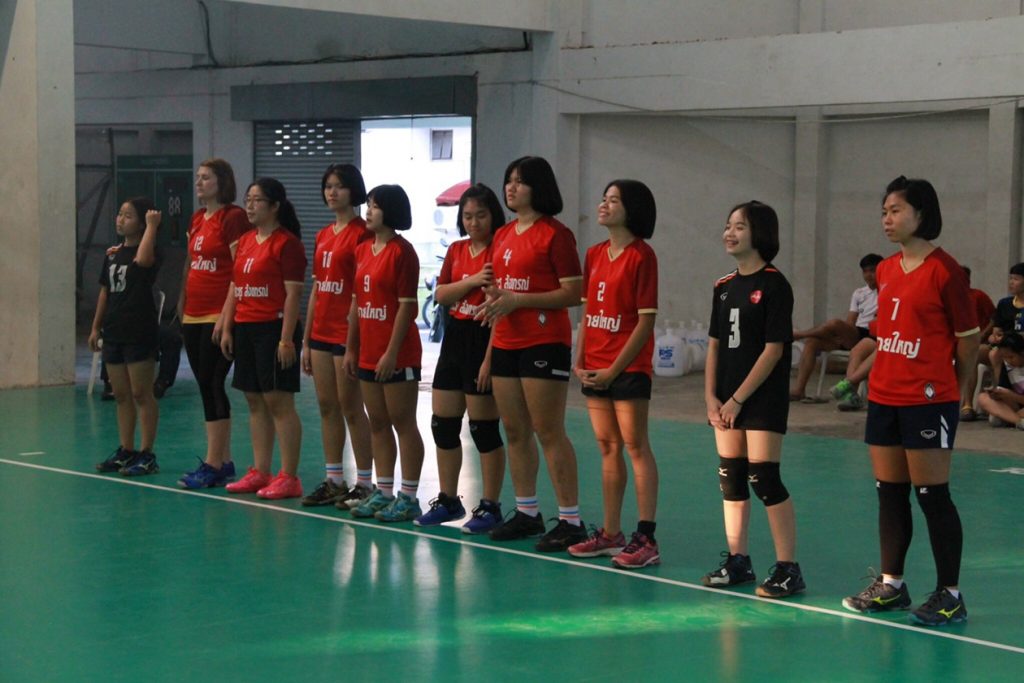 I also have learned that just because I am RIDICULOUSLY happy, it doesn’t equate to feeling apart of something. Although I have felt more alone in the recents months, I love my life here in Thailand. It’s hard to know the reason for the loneliness feeling.

I have a solid group of friends. My co-teachers and students make me smile every day. I play and coach volleyball every single day, including the weekend and get spend quality time with those girls, and I recently found a Muay Thai gym to begin working out again.

My heart is so full with love and happiness is impossible to put into words.

But that being said, I can tell that I have majorly slacked on my mental health and positive self-talk. I have gained weight when I was hoping to lose weight. I feel fat and sometimes not so pretty almost every day, even though I know I am a strong and beautiful woman. And my motivation for exploring and being confident in being alone has decreased since the move.

Here's my theory to WHY:

TAKE AWAY: Check in with yourself often and don't be afraid to talk to someone when times get tough.

3. I may never actually know what is going on or when things happen.

This was probably the hardest thing for me to learn and get accustomed to with teaching abroad in Thailand. I don’t do well with not knowing. Nor do I do well with unexpected change. This is Thailand, the land of smiles, but also the land of, what I call “Thai time and Thai communication.” This can be summarized as last minute for everything.

These are just a few things I heard during my first semester.

Thankfully, it’s not just because I’m a foreigner; it does also happen too the Thai teachers. This was not an easy thing to learn or get use too and it would frustrate me to no ends. Thankfully life is all about learning. 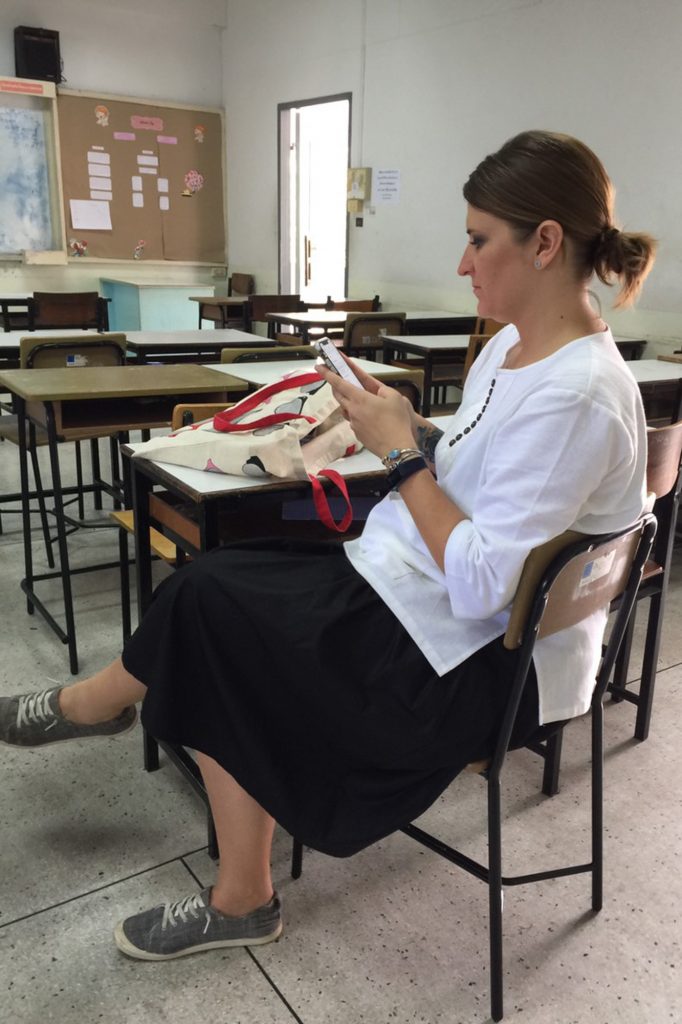 TAKE AWAY: Learn to laugh at the things you cannot understand and adapt the Mai Bpen Rai attitude. 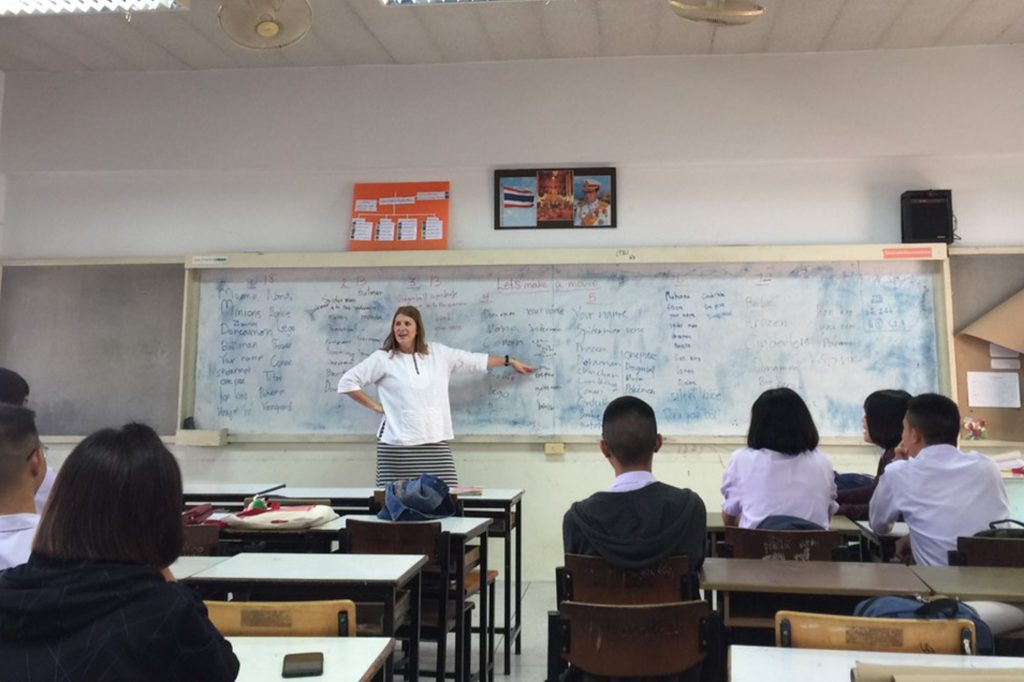 This first semester of teaching aboard in Thailand at a massive public school has help me in adjusting my mindset. I’ve learned to enjoy a “go with the flow”,”Mai Bpen Rai” (Thai for no worries) kind of attitude. Although, I’m pretty sure I got a “D” majority of the time, I’m a work in progress.

Life is about taking on challenges, and teaching abroad has been just that, a challenge. It’s different and it’s sometimes hard. It’s an experience filled with new learning that will last a lifetime. AND I LOVE IT!

My time in Thailand is far from finished. I hope with the next school year, I can continue to learn new coping skills; learn to not taking things too seriously; and learn adjust my mindset to be more accepting of the unexpected change.

Are you interested in your own teaching abroad in Thailand experience? Feel free to reach out to me on instagram @Mapless_Adventures or click here to learn about how I got started. You can also head over to Greenheart Travel, XploreAsia, or Kids English Thailand and learn about how to get started that way. If you like putting yourself into “unknown” type situations, then my suggestion would be to just move to the country you wish to teach. There are many schools throughout SEA looking for English teachers.

I’m hoping to be posting a Q&A style article in the near future, so stayed tuned. 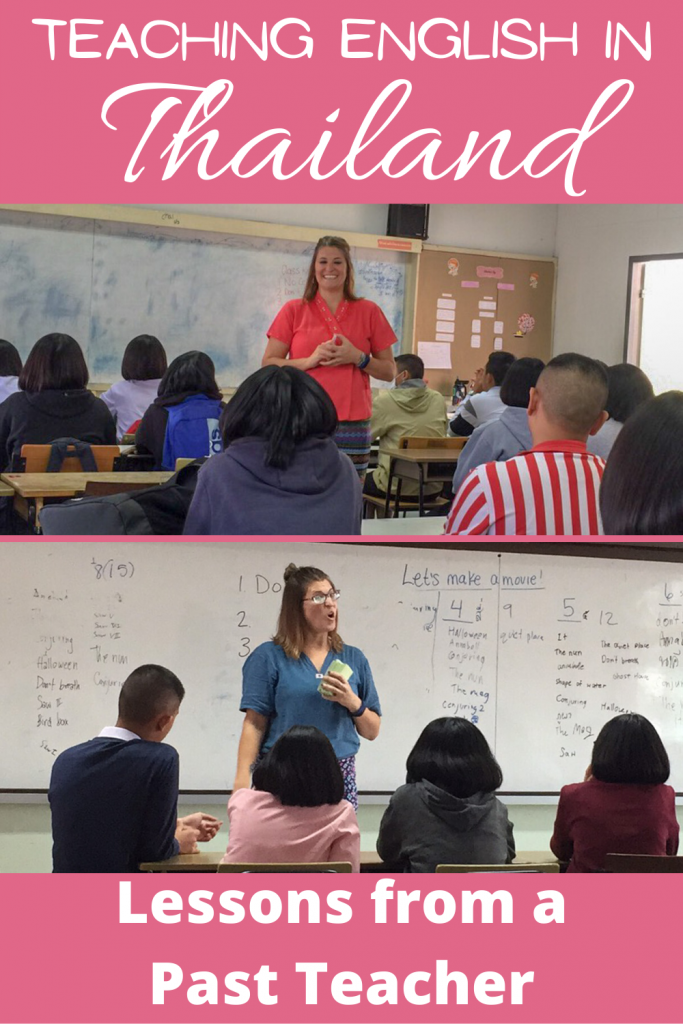 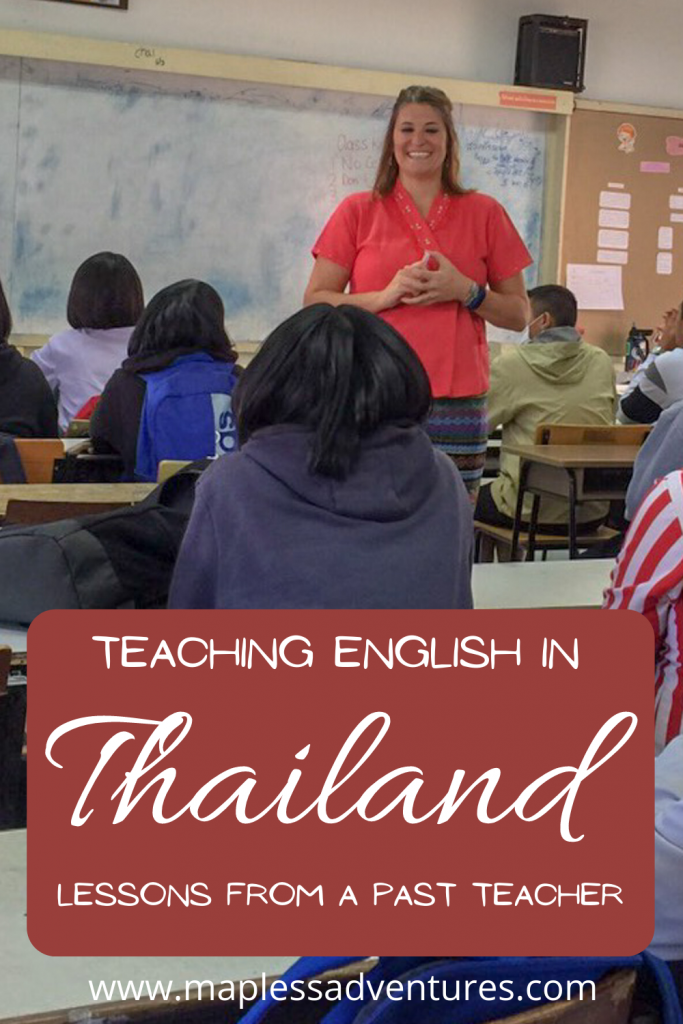 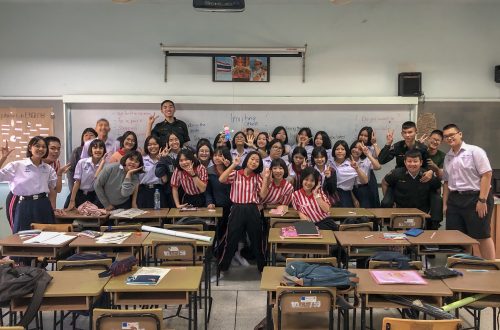 Reality of Teaching English in Thailand 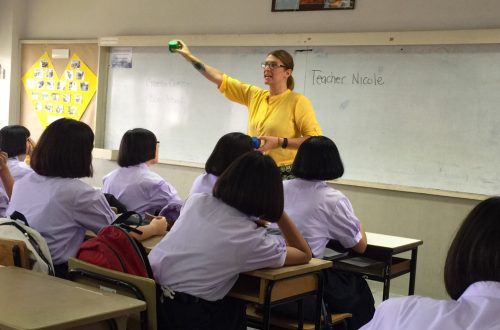 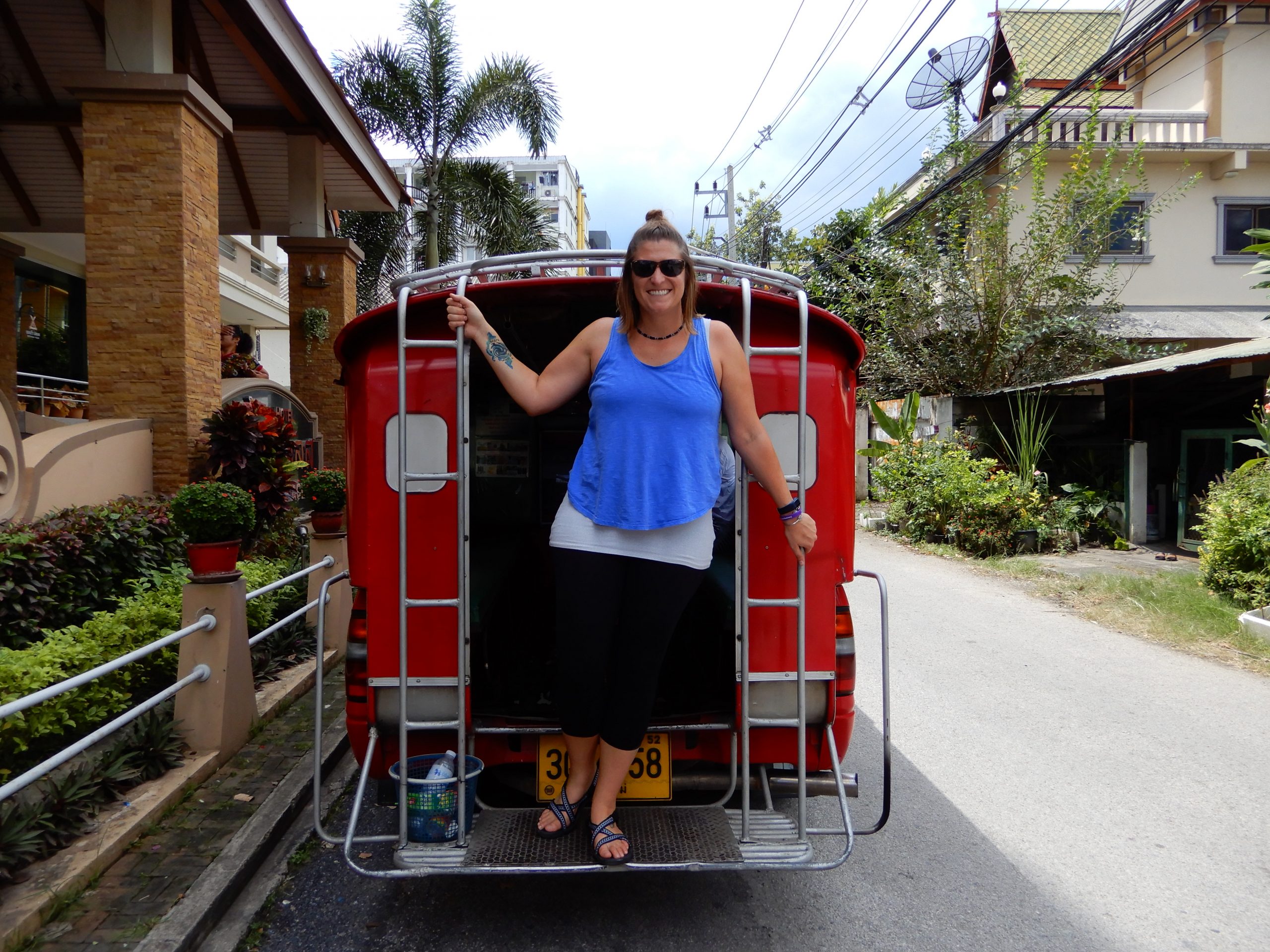