When I woke up the next day, I was still in complete shock from my #NoRegrets Day adventure in the open waters.

Did I really just face my fear and concur it?

Was yesterday just a dream?

How did I get to be someone so lucky to live out a day like yesterday?

I can remember laying in bed for a good solid 30 minutes reflecting back on the last 24 hours. I was thanking the Lord for not only the experience and chance of a lifetime, but for providing me the opportunity concur something that has held me back in the past.

I knew the morning would go fast. I still had to pack and the rest of the crew was setting out early on an expedition. They were going to visit and learn about Gaby and Miguel’s restoration program, since at the time Contiki was in collaborations with them. Their program is called Acropora Palmata Restoration Program (National Park Reefs of Xcalak).

Gaby and Miguel are the directors of this program initiated by Oceanus, A.C that began in late 2011. They currently have over 300 new coral colonies planted throughout Xcalak including Elkhorn coral. This is the main species that dominate the reef crest and is one of the most important coral reef builders. The basis for the installment of this project was due to a massive disease suffrage that resulted in major mortality of this species. From the information provided to me by Gaby, I learned that this project is one of the first of its kind in Mexico.

While at breakfast, Gaby and Miguel educated us on the current state of their project. Majority of the communication occurred between Gaby and Celine in Spanish, which made it hard to follow. I did, however, learn quite a bit about the sensitivity of coral and the damage too much rainfall can cause.

They explained to us that last year, one specific region, had so much rainfall that it actually whipped out an entire year’s worth of growth. I knew coral was being damaged but I really didn’t understand to what extent. I am grateful for Gaby and Miguel’s love and passion towards this project and towards our ocean and all their hard work. 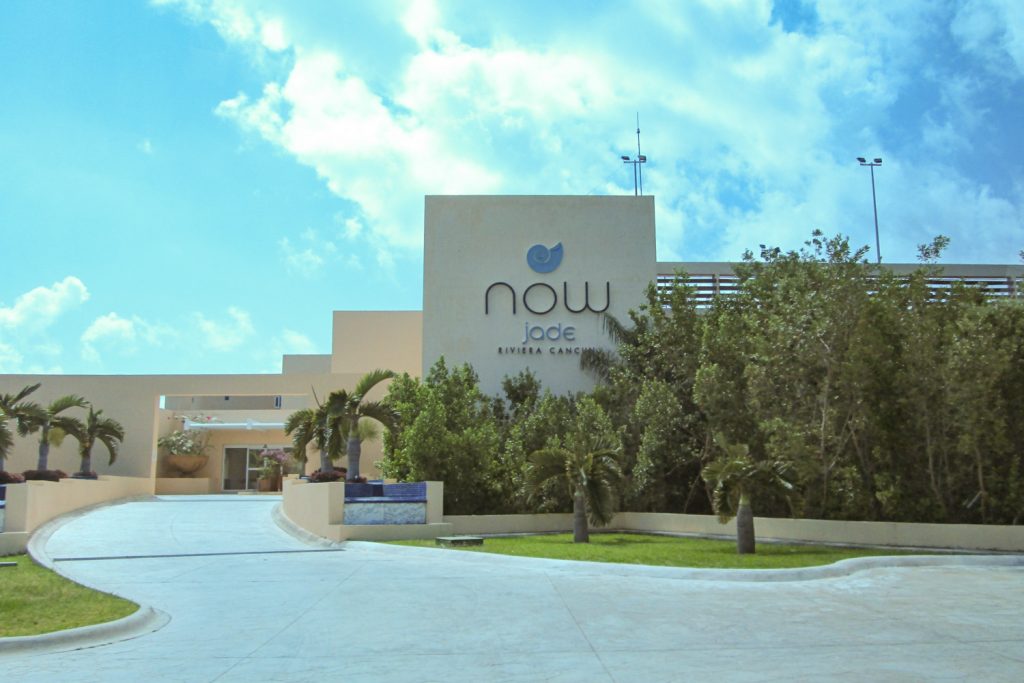 When I arrived at the airport, I found that Journey Mexico had one of their employees, Alex, waiting for me. Journey Mexico was the transportation, travel company Contiki partnered with for my trip. Journey Mexico wanted to make sure I had the assistance at the airport and to ensure I safely boarded my flight to Mexico City. I was caught off-guard a little because I wasn’t worried about maneuvering through an airport. It was a kind gesture from both Contiki and Journey Mexico that made this trip so special.

Before boarding the plane, I realized I was sitting in seat 1B. I wasn’t expecting that I would be upgraded to Premier seating, which for AeroMexico is considered first class. Seriously, this journey just kept getting more and more special. Sitting in first-class on the two-hour flight from Cancun to Mexico City included free beer! Can you say spoiled brat 🙂 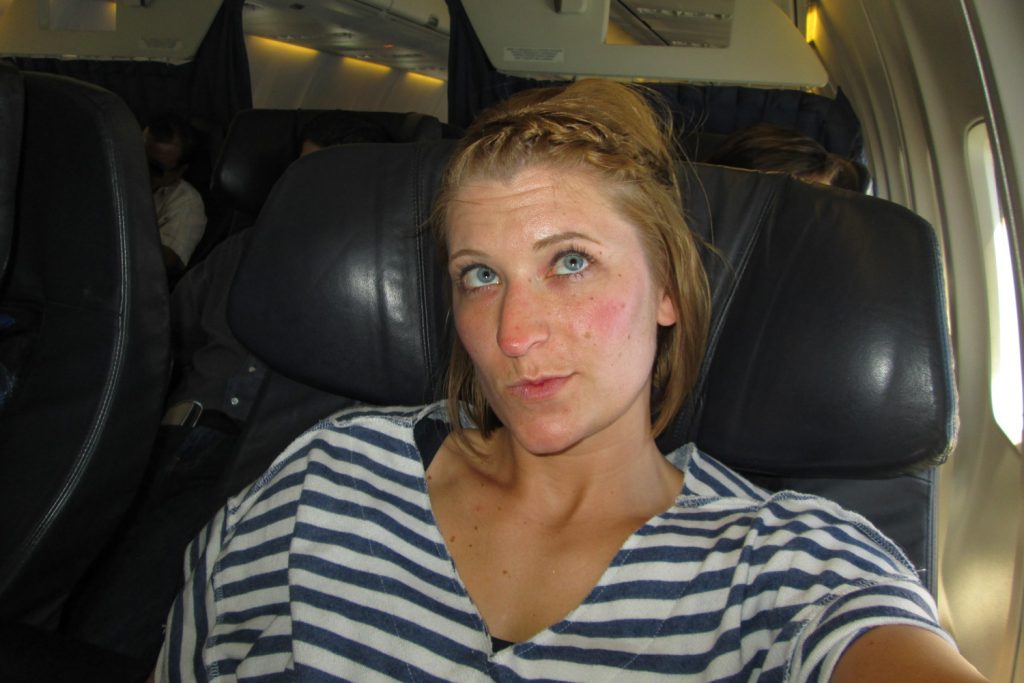 The flight was pretty uneventful. I arrived on time, as did my luggage, and I had a driver waiting for me in Mexico City. Once in Mexico City, I had to explain to my driver that I needed to go to a camera store. He was able to find a Best Buy semi-close to the hotel, however they were out of the camera I wanted. Thankfully, we found another camera store where I was able to purchase a new camera body. 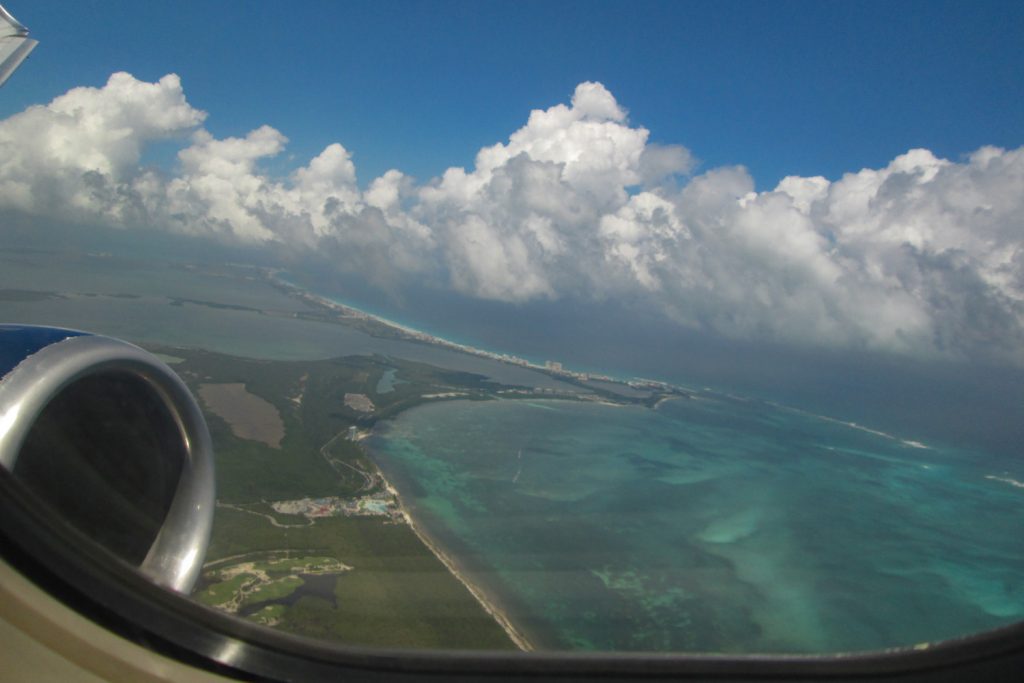 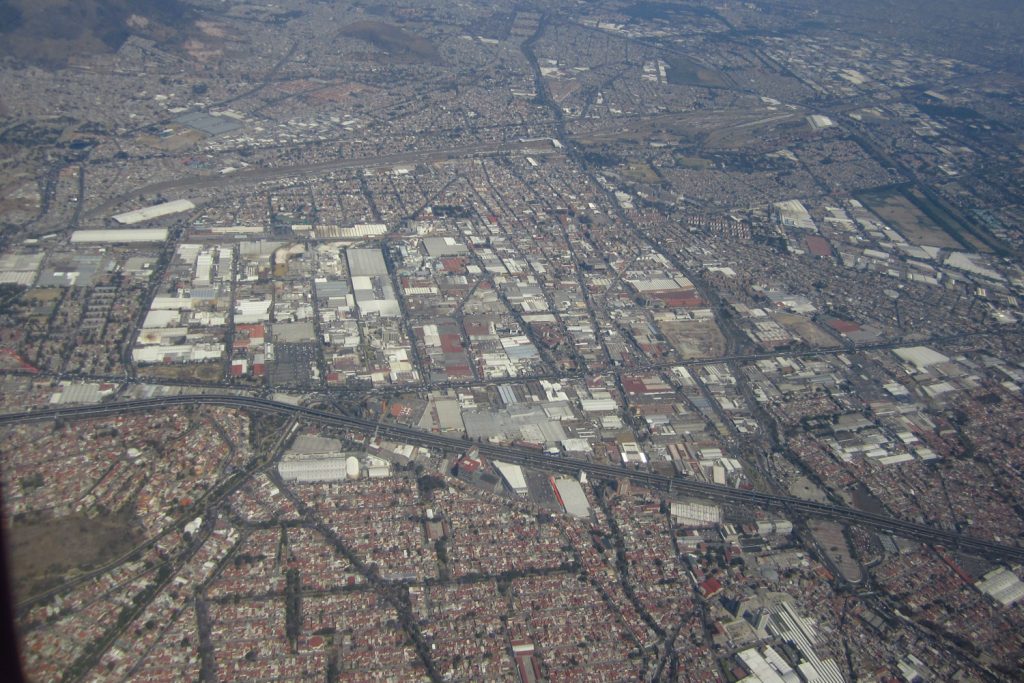 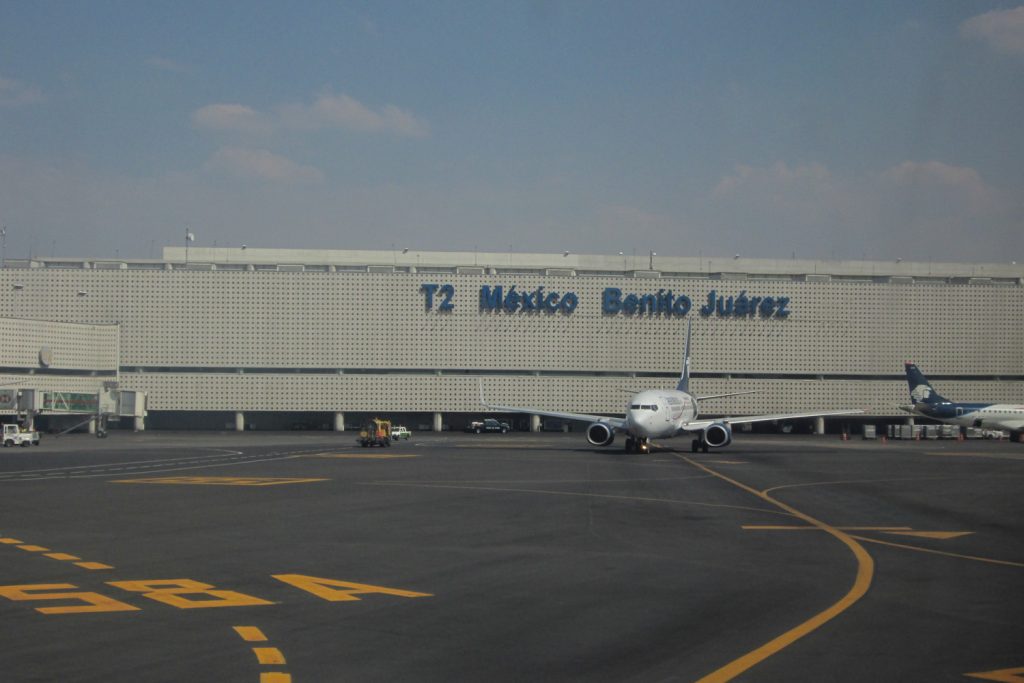 I might have left out this bit of information out on my last post. Mostly because it was an epic camera fail and a stupid move on my part. I made the grave mistake and took my DSLR camera on the boat with me without a dry bag. Honestly, I didn’t know what a dry bag was and the sea decided to punish me but getting it wet.

I am usually very cautious with my DSLR camera. It was heartbreaking to lose something I’ve cherished for nearly three years. Good thing, I had a driver in Mexico City who was exceptionally understanding. I’m sure he could see my joy in holding a new DSLR camera.

I wasn’t planning on upgrading my camera, but the thought of traveling around Mexico without one was painful. It was barely 12 hours and I felt like I could crawl into a corner and cry not having one with me.

Getting to the Hotel and Meeting My Contiki Tour 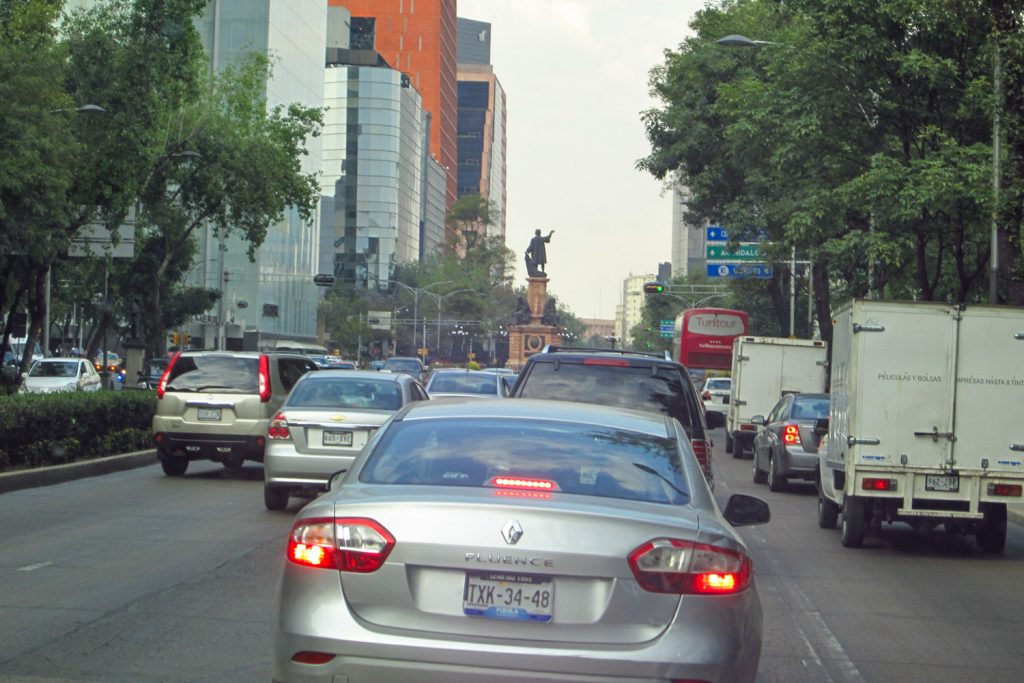 I arrived at the hotel with an hour to spare. The journey between the airport, the camera stores and the hotel took FOREVER. But, it didn’t help that that I landed at 4:30 PM on a Friday in the largest city in the world. That meant we were driving around Mexico City duringrush hour traffic. Mexico City has something like 22-24 MILLION people who live or commute into the city daily, so I should have known.

By 7 o’clock, I was up at the rooftop bar meeting, greeting and hanging out with the other travelers on this Contiki tour. Our tour guide, Ish was the only Contiki Mexico tour guide, at the time. He had been doing these tours for about a year and a half, and was full of knowledge. We were missing a few at this meet-up but it didn’t matter to us. We were all so excited to be starting our Contiki tour.

This particular group of travelers with Contiki was actual a combination of two different tours; the 9-day Mexican Fiesta tour, which was mine and 13-day Mexican Grande tour, which headed to the Yucatan Peninsula. 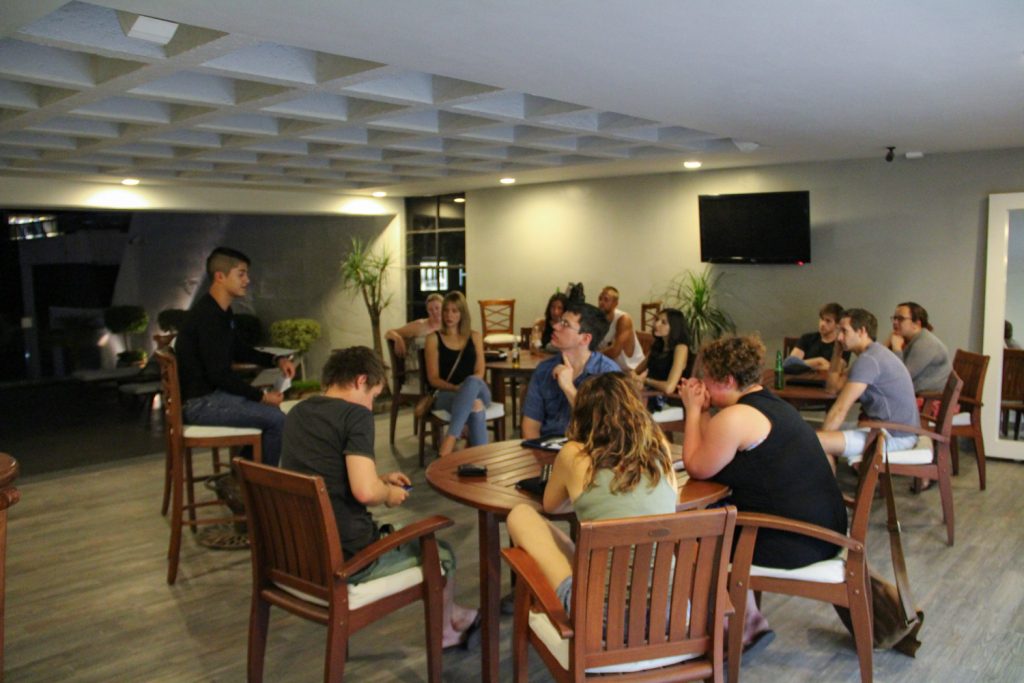 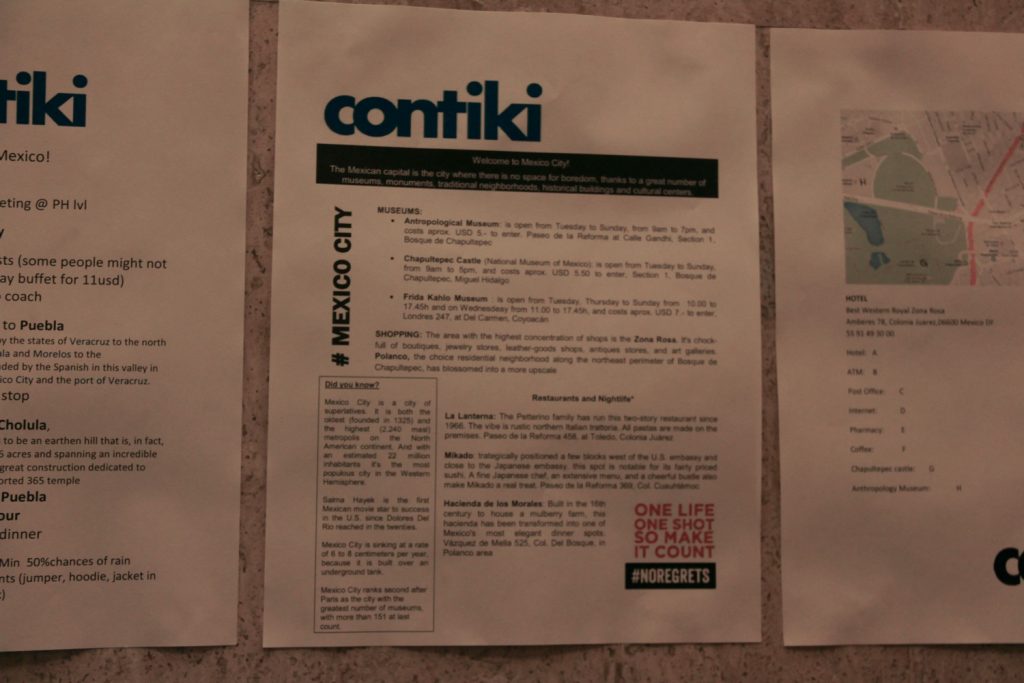 At dinner, we spent majority of it talking and asking the typical “introductory” questions.

Who are you? Where are you from? How old are you? Where have you traveled? What’s the purpose of your trip? Etc. etc. etc. This has to be my favorite part of traveling: learning about other people and their journeys in life. Traveling links you to one another. It’s a bond that you can easily share and Contiki tours are a great way to travel solo and meet people!

I decided to call it an early night knowing we were going to have a long next day. It was weird when I got back to the hotel because I was still alone in my room. Apparently, there was a mix up at the front desk, and my roommate couldn’t get ahold of Ish because he was at dinner with us. It was 9pm before my roommate arrived to the room. We spent some time getting to know each other, but eventually tiredness took the best of both of us. 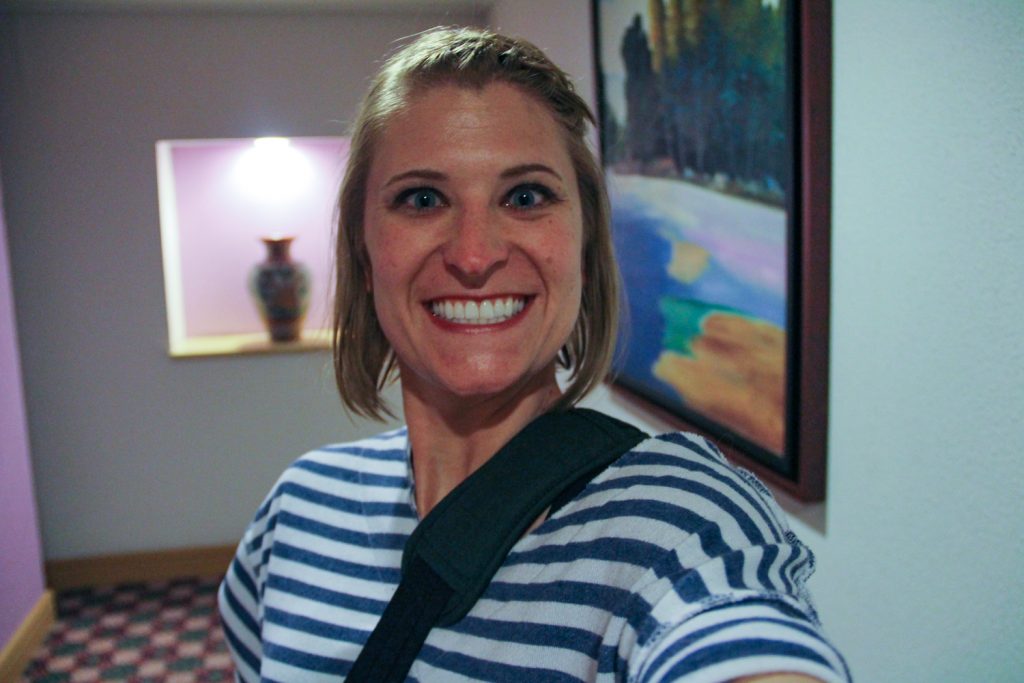 Travel days alone for me are exhausting, but this day was extra exhausting and full of excitement. Tomorrow, we officially start the tour by taking a small drive through the city before making our way to Puebla. Stay tuned. 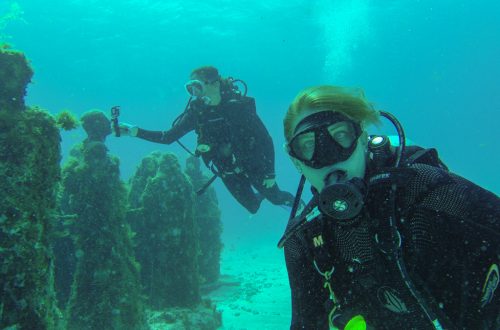 Scuba Diving in Cancun- My No Regrets Day 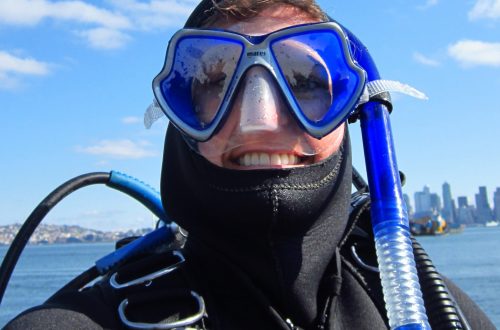 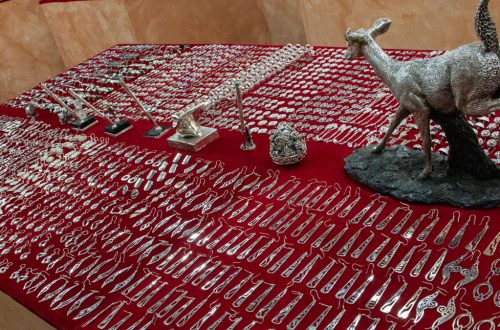